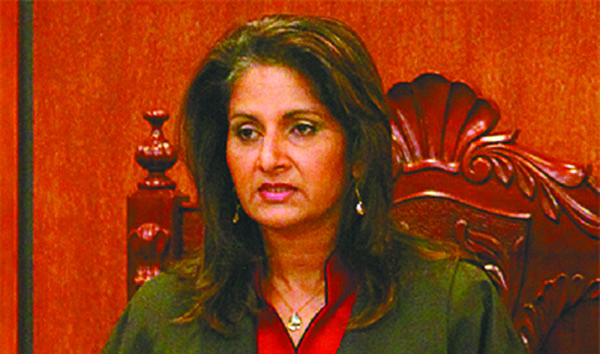 PORT OF SPAIN, Trinidad, CMC – Austin Jack Warner was returned as political leader of the minority opposition Independent Liberal Party (ILP) after Lyndira Oudit, who was elected unopposed in June, quit on Sunday.

Oudit, who had quit her position as deputy speaker of the Senate to join the ILP, said she believed Warner, a former national security minister here, was best suited to lead the minority party into the 2015 general election.

“I believe Jack Warner is the political leader or the person best suited to lead the party, that’s as simple as it gets,” she said, adding “I am a very processed person and solution driven…”

Warner had served as ILP chairman, and Oudit said that she had “cordial discussions about this and other matters” before announcing her resignation.

“I have simply stepped down as political leader and, as of now, I have indicated to Mr. Warner and to the executive, that if they need any assistance, if there is any way I can assist, by all means I am no stranger and I will make myself available,” she added.

Warner told reporters that he respects the decision of Oudit and that he is happy she remains a member of the party.

“It shows the institutions of the party are working, it shows that, unlike other political parties, we are not afraid of electing people to office, and most importantly, it has set in training for us for the general election in 2015…”

Warner has said the ILP will be a major force as a third party in the next general elections due in 2015 and that next weekend the party will decide on the seats it intends to contest in the election.