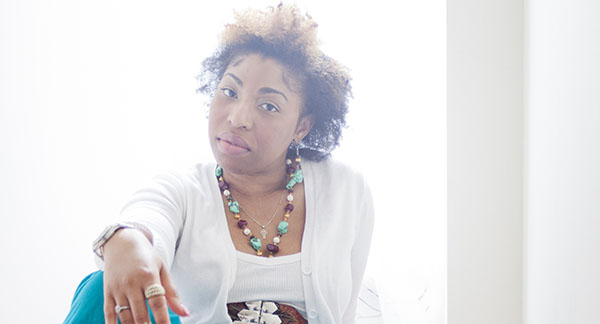 Photo above by Ardean Peters.

BRAMPTON, Ontario — When art speaks, society listens. That is the mission when spoken word artist, published writer, and small business owner, Lamoi, of Our Love is Reckless (OLIR), brings the art-form of soulful poetry to the city of Brampton with the spoken word show, Raw. Poetry. Soul: The Queens’ Edition.

With a powerful line-up of local female poets—Lamoi, Alyestal Hamilton, Juanita Stephen and Breanna Chanelle—accompanied by emerging vocalist Dijah Janeé, and the well sought after DJ Afroditee, this event promises to do what art does best: inspire, move and create change.

The organisation is dedicated to the spreading of art, love and being a change agent through the medium of poetry. “Our mission is threefold:  first — to provide a platform for the poetic art-form in the city of Brampton and surrounding areas.  Second  – to raise funds and awareness for different causes, charities, and tragedies locally and internationally.  Third  — to highlight local businesses in and around the city of Brampton and surrounding areas.”

“I’ve had people ask me why I plan events in Brampton,” says Lamoi. “My answer is simple; Brampton is a vibrant city, full of art and artistically talented people. Home to many entrepreneurs, small and local businesses that are almost well kept secrets.  Brampton is very ripe for events like Raw. Poetry. Soul: The Queens’ Edition. I believe in Brampton. I believe in the art.”

Not only does the Jamaican native believe in art, he/she also believes in raising awareness and much needed dollars for various causes. This much anticipated event accomplishes Lamoi’s mandate through OLIR: giving new voices a stage, highlighting small businesses, while raising funds and awareness.

Part of the proceeds will benefit The Fistula Foundation, a foundation that funds repair surgeries to women in developing countries that have been affected by obstetric fistulas.

With the privilege of enviable medical care, Canadians often are unaware that a plethora of complications are possible during something as routine as childbirth. One such complication is obstetric fistula, a hole in the birth canal. The World Health Organization reports that, “The development of obstetric fistula is directly linked to one of the major causes of maternal mortality: obstructed labour.”

Lamoi says, “When a friend of mine told me about the Fistula Foundation, I immediately fell in love with its purpose.  As a mother who lives in a developed country, and having experienced a painful labour and birth with continued effects, I couldn’t imagine having that experience in a developing country with little to no medical attention or aftercare”.

“I decided to raise funds for this foundation because I believe in what the foundation does. I support women, I support motherhood, and I support organizations that provide funds, and care for those women. Thank you for helping me give back!” 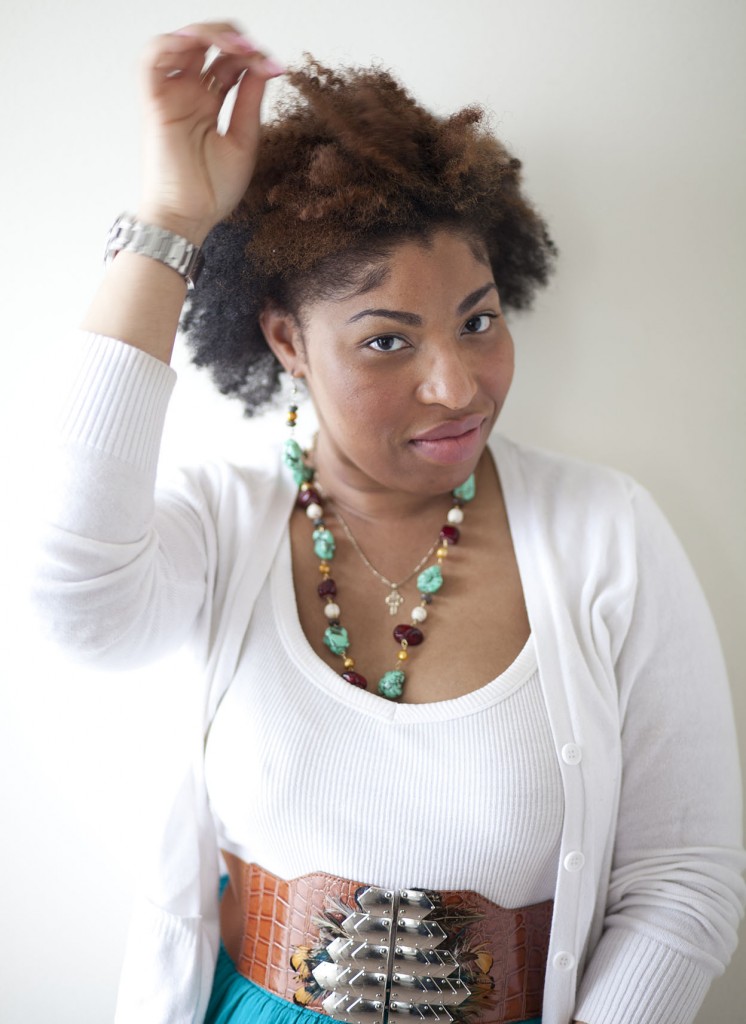 It is a societal responsibility to care for our neighbourhood and global villages.  Lamoi notes, “As women, we are responsible for the upliftment and wellbeing of other women, locally and internationally.”

The mother and entrepreneur believes that all of life is found in the honesty of one’s words. A resident of Brampton, Lamoi lives life and art by those two different spaces. Her resulting eclectic passions are transferred into her pieces, and she pens poetry of abuse, love, faith, social issues and motivation.

She has been performing since 2008, first beginning at Acoustic Soul Tuesdays. Lamoi has since performed on the TD Irie Music Festival spoken word stage, competed in Lyme and Tings, been a recurring performer at Spoke n’ Heard, and Love Jones Sundays, and had a standing role for 2 years as Rachel in the stage play ‘My Date with Bozo’.

Spoken word artist, writer, and speaker, Alyestal Hamilton’s poetry has been seen on the pages of North American literary journals, the stages of London, England, and the walls of Uganda.

Most recently she is the recipient of the Harry Dale Literary Award and placed second in the YMCA Rep your Region competition. Through speaking engagements and performance poetry, Alyestal shares her heart, ideas, and perspectives to inspire others to share their stories and find power in who they are.

Native to Brampton, a mother of one, and always a lover of words, Juanita Stephen has been writing for most of her life. She first found herself on stage at an open mic event in Toronto in 2009, and regards that as one of her most empowering experiences to date. As a Child and Youth Worker, Juanita recognized that same power in helping young people to tell their own stories in their own way—whether through words, images or something completely unique to them. As a result, she founded a Non-Profit organization called One Heart Canada, which aims to educate and empower youth through creative self-expression.

This young, powerful spoken word artist was born and raised in Toronto. Breanna Chanelle’s poetry is inspired by the trials, tribulations and victories of her life, and the lives of others. She aims to be an ambassador for those who are not yet ready to tell their stories, and give a voice to those who cannot seem to find their own.

She began writing at the age of 14 during a time in which she was experiencing trials and fighting battles, which she did not feel could be shared with anyone around her.

Eventually she became strong enough to share her words with others, and performed a spoken word piece for the very first time—in the eleventh grade at her high school’s Black History Month Assembly.

Breanna has now performed at multiple events and plans to continue doing so. She also has plans of publishing a poetry anthology in the near future; so be on the look out!

Breanna is also the Founder of a discussion and creative expression movement “Soultry”, located in Brampton. This movement is dedicated to awakening minds, and giving individuals a judgement free space to share their thoughts, stories, and opinions on various social issues.

Soul songstress for the night is Toronto based singer songwriter Dijah Janeé, making her way onto the music scene; in her own words, “Get familiar.”  Writing since she was 8 years old, Dijah Janeé’s first love was poetry. One thing led to the next, and by 13 she found her voice, and was writing full songs accompanied by piano—which she taught herself.

Now a Vocal Major in the Music Performance and Technology program at Metalworks Institute, Dijah has developed an intimate relationship with the studio and the art of writing music.

Despite her workload, she spends most of her time creating—covering genres from Contemporary Pop, to Neo-Soul, Hip-Hop and R&B. In this time, Dijah has also built an exceptional list of Artists, Producers, and Engineers with whom she has worked.

Most recent examples are Twisted Insane (Artist) who featured on Tech N9ne’s song ‘So Dope’ which has upwards of 7 million views on YouTube, and the reputable Jeff Crake who engineered and co-produced one of Dijah’s latest projects at Metalworks studios. Though Dijah is most definitely a studio bug, she still manages to keep up with her live performances.

The rise of Dijah Janeé is inevitable, get familiar.

If you have never experienced the soulful vibe of DJ Afroditee, you are in for a beautiful night! Afroditee never dreamt of becoming a DJ, but when an opportunity arose at an event, she took it and did phenomenally. She has a natural ability to select the right song at the right moment. One year later, she is perfecting her new found craft, and is found at different events around the GTA.

She believes music is a universal language, as she strives to cross social barriers and fade negativity by mixing one beautiful song at a time. She has a deep love and knowledge of music and is dedicated to the art of spinning.

Playing all genres, DJ Afroditee specializes in old school, jazz, hip-hop, soul and R&B. Never expect to sit still while DJ Afroditee is on the ones and twos. She always caters to the audience and vibes they bring to ensure a successful event.

Raw. Poetry. Soul: The Queens’ Edition will serve as the birthplace for the first publication from OLIR. A chapbook featuring the four spoken word artists of the night will be launched and available for sale.

The event promises to be the kind of art described as grit from the souls of artists. Six amazing women—one awesome night.