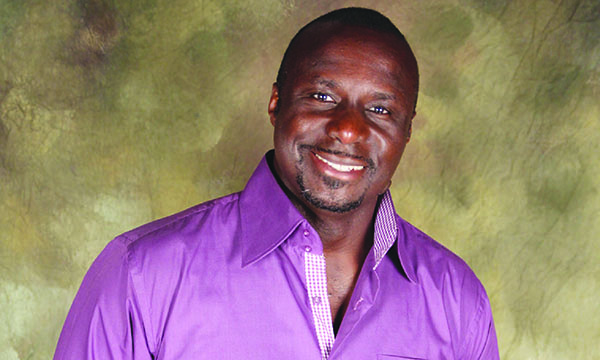 Charles, the consummate professional, was known for producing large-scale, Black stage plays, and promoting club events. He will be remembered as meticulous, respectful, extremely hardworking and well loved by the Black-Canadian community.

Close friend and producing partner, George Fynn, said, “Michael was brilliant at what he did. He was the best for creativity among all other promoters that I ever worked with. His passion for excellence can be seen in his exceptionally attractive promo materials and emails. Michael was a trend setter like no other, and will be forever remembered as the guy who organized some of the best events in Toronto.”

Joan Pierre, a respected, veteran event planner/manager and President of the African Canadian Achievement Awards (ACAA), commented, “We have lost a legend, when it comes to entertainment. Michael gave us lots of joy. and great memories during his time on this planet.”

“The thing I will miss the most is his smile when he said hello. He was a true professional in his endeavours and dedicated himself to his career — he made us proud,” added Pierre, who knew Charles personally.

Charles’ company, Profile Entertainment, established in 1990 and considered by many as a professional entertainment promotion company, presented live theatre productions on a larger scale, showcasing the works of prominent and up-and-coming playwrights of African descent from the U.S., Canada and around the world.

As a staple in Toronto’s urban entertainment industry, Profile Entertainment held the distinction of being the go-to player whenever a production company was looking to bring its works to the city.

Over the two year period of his illness, the costs of receiving treatment skyrocketed in the tens of thousands, prompting friends and supporters to organize a fundraiser in January 2013. Unfortunately, those costs resumed after his relapse in Spring 2014.

The family tried to prepare financially for his eventual passing, but depleted all their financial resources, the past few months, trying to make Charles as comfortable as possible.

You can support his family by donating to his children’s Trust fund, and/or assist in the costs of his funeral expenses by:

Charles is survived by his wife, Lorenza, and his children.

A memorial entitled, Remembering Michael, will take place on Thursday, November 27, at the Rehab Nightclub, at 224 Richmond St. (at Duncan), beginning at 7:00pm. The evening is being planned as a night to reflect, remember and pay tribute to Charles.

Charles’ funeral service will be held on Saturday, November 29, at 10:30AM, at the Francis de Sales Roman Catholic Church, 1001 Ravenscroft Road, in Ajax, and he will be buried immediately after at the Pine Ridge Memorial Gardens.