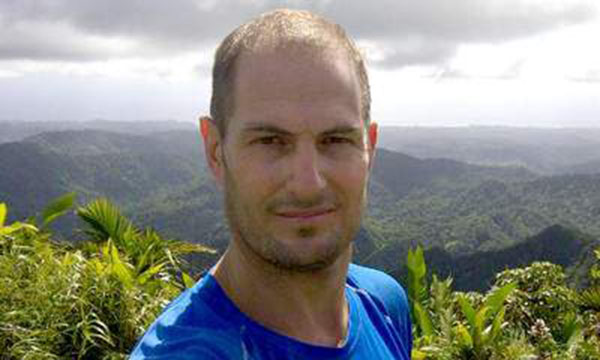 CASTRIES, St. Lucia, CMC – Commissioner of Police, Vernon Francois, has welcomed the reward of a quarter million Eastern Caribbean dollars being offered by the family of slain hotelier, Oliver Gobat, for information leading to the arrest of the person or persons responsible for his death.

“It helps,” said Francois at a news conference on Wednesday, where he also disclosed that officers were still actively pursuing the Gobat investigation.

Francois told reporters that police were looking at several persons of interest, who could become suspects in the case.

The charred remains of Gobat, 38, were found in a burnt out vehicle at Cap Estate, 20 miles north of here on Friday, April 25.

In addition to announcing the quarter million dollar reward, the Gobat family said they were employing their own forensic experts from Britain, who were working alongside local police. This was made possible with the help of friends and family, who all created a fund for the late Oliver Gobat.

Oliver’s mother and father, Helen and Theo Gobat, along with their attorney Peter Foster, in announcing that a reward would be offered, said the untimely death of their son has caused the entire family severe emotional pain, describing it as a state of “limbo”.

“I would like to see the evil people who brought this upon Olie, brought to justice for Olie’s sake, for our sake, and for the sake of Saint Lucians and everybody who visits this wonderful island,” she said.

Both parents believe that Oliver was killed by more than two persons.

“It is horrible to say that your son was murdered in St. Lucia,” Helen said.

Asked whether they are satisfied with the work being done by the Royal St. Lucia Police Force (RSLPF), Helen replied to say, as a parent she would have rather having things done faster.

“I think there were some basic mistakes, where the car and the body were moved and the crime scene was not cordoned off, which makes it difficult to investigate down the line,” Helen added.

However, she said St. Lucia is a small country and it doesn’t have a “super efficient” police force like those in the United States and United Kingdom.

She said local police lack the experience on how to deal with crime of that magnitude, and said that it is understandable, because there is not much crime like that happening here.

According to her, the government has endorsed the forensic team and the RSLPF has accepted to work alongside the team in their investigations.

“We are hopeful that these things turn up, it takes some time, some of the members of the team resolved crimes 25 years old in England,” she told the local media.

Oliver’s father, Theo, said he thinks his son’s killers will be brought to justice, but it might take some time for this to happen.

“We will never give up, we will keep on trying until we get answers,” he asserted.

Asked whether they are fearful for their lives, following their son’s gruesome murder, Helen said, “to a point yes, Oliver was killed unexpectedly, unpredictably and outrageously, so how we know that the same people aren’t coming for us. It’s not the same kind of feeling in St Lucia for us.”

Oliver was a citizen of St. Lucia, Britain and Australia.

His body was cremated on October 27 and his ashes were scattered off Smuggler’s Cove Beach on November 17, to commemorate his 39th birthday.