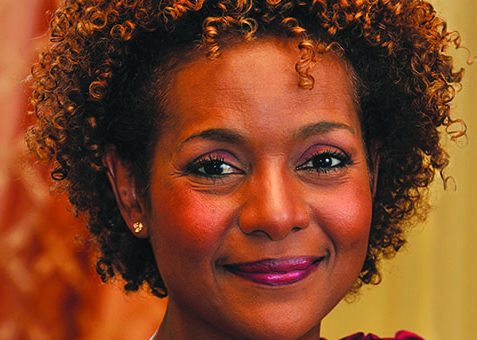 BRIDGETOWN, Barbados, CMC – The Haitian-born former Governor General of Canada, Michaëlle Jean, has been appointed as the new secretary general of the International Francophone Organization (OIF).

She replaces Abdou Diouf and became the first woman to head the organization.

“I thank the Heads of State and Government of the trust they placed in me by appointing me Secretary General of La Francophonie. I would particularly like to thank the governments of Canada, Quebec, New Brunswick and Haiti for their unwavering support for my candidacy,” she said, during the XVth Francophonie Summit in Dakhar.

Jean, 57, who served as Canada’s 27th Governor General from 2005-2010, paid tribute to her predecessor, describing him as an “exceptional man, who was able to serve the Francophone with passion and reason over the past 12 years.”

Jean said she is committed to working with the Francophonie countries, as well as parliamentarians and civil society to implement the roadmap issued at the Dakar Summit.

She stressed the importance of youth and the role of women and stressed the need to promote the use of the French language and strengthen economic action in the Francophone world.

“I am very excited to work with all these women and all these men who make and live the Francophonie every day. I understand the needs and expectations of member states and governments of the OIF, while giving new impetus to the Francophonie.

“Together, let’s trace the path of a modern and forward-looking Francophonie. The Francophonie of the twenty-first century will be at the service and listening of young people and women. Prosperous, it will combine the increase in trade and human and sustainable development for all,” she added.

She also thanked the other candidates who sought to replace Diouf.

“This campaign has made it possible to identify new ideas and to debate and meet the citizens of the Francophonie. My many meetings with political authorities, youth, women and civil society partners in all continents, were essential and allowed me to make a real inventory of the Francophone world. I treasure memories of the experience, and I am convinced that the Francophonie will continue to grow,” she said.