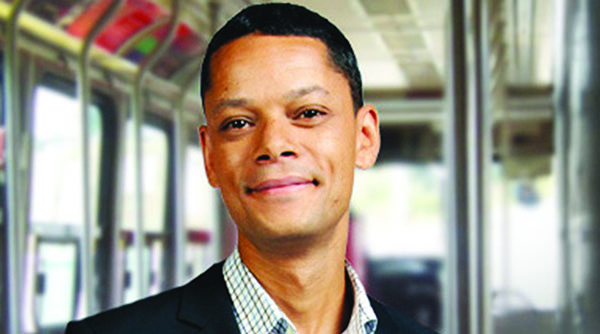 TORONTO, Ontario — In a society inundated with the cacophony of instant news, social media and citizen journalists, some say that radio is an aging dinosaur on the brink of extinction. Of the myriad individuals working in traditional media, Matt Galloway is a beacon of hope that radio is indeed alive and well.

For early morning listeners to the Canadian Broadcasting Corporation (CBC), he is a knowledgeable and familiar voice, quick to cut to the heart of any topic.

A respected Canadian radio personality, Galloway has been the host of Metro Morning on CBLA-FM, the flagship station of the CBC Radio One network, broadcasting at 99.1 FM, for almost half a decade. The 42-year-old program has frequently been the Toronto market’s highest-rated radio program in its 5:30 a.m. to 8:30 a.m. weekday morning timeslot.

It is no surprise then that during the celebration of Black History Month, Matt Galloway will receive Pride News Magazine’s African Canadian Achievement Award (ACAA) for Excellence in Media Award.

He will be presented with his tribute at the ACAA’s much anticipated 30th Anniversary Gala that will take place on Saturday, February 21, at the Jane Mallett Theatre, inside the St. Lawrence Centre for the Arts, 27 Front St., Toronto.

No stranger to media, the 1994 York University graduate (English Literature) wrote for Toronto alternative weekly NOW Magazine, and was music director for York University’s campus radio station CHRY-FM in Toronto—which has come to serve as a community radio station for the residents of the Jane and Finch corridor in North Toronto.

For four consecutive years, Galloway was voted Top Radio Personality in Toronto by the readers and editors of NOW Magazine. He was also named a Toronto Hero of 2011 by Torontoist, and a Mensch of the Year for 2011 by The Grid magazine.

Galloway received the Excellence In Community Service Award in 2012 for addressing issues confronting diverse communities by the Intercultural Dialogue Institute, and in 2013 received the award for Diversity and Social Inclusion by the Tagore Anniversary Celebrations Committee of Toronto. In 2014, Toronto Life magazine named him one of Toronto’s 50 most influential people.

Born in Newmarket, Ontario, a keen cyclist, burgeoning runner, voracious reader, proud Torontonian and messy cook, Galloway, for a vast many, is the voice of the city. One show at a time, Galloway, who is the child of an African American father and white Canadian mother, creates the history of Toronto.

The apparent simplicity of his pleasures may be a part of Galloway’s recipe for success—as witnessed via his tweet at the writing of this article: “Got on the subway, went in the wrong direction, didn’t notice for 4 stops. #books”.