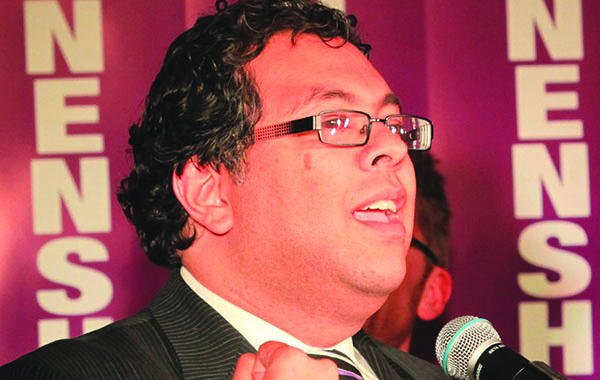 Photo above is of Naheed Nenshi  after winning the Calgary municipal election, 2010. Photo by Ted Buracas (Teddy Boy).

CALGARY, Alberta — Naheed Nenshi, the Mayor of Calgary, Canada, has been awarded the 2014 World Mayor Prize.

Mayor Nenshi’s vision how a city should plan for its future has attracted the attention of urban thinkers from across North America.

Since taking office in 2010, he has become the most admired mayor of any large Canadian city.

He is an urban visionary who doesn’t neglect the nitty-gritty of local government.

For many in North America and indeed Europe, Mayor Nenshi is a role model for decisive management, inclusivity and forward planning. He has also demonstrated strong leadership during disasters like the Alberta floods of 2013 and last year’s power outage, which affected large parts of the downtown area of the city.

While Mayor Nenshi rejects being labelled progressive or indeed anything else – in the World Mayor interview he said: “I really believe that this kind of categorization alienates people and keeps them from participating in the political process.” – he has not shied away from challenging conservative views from some members of Alberta’s provincial government.

In 2010, Nenshi became the first Muslim mayor of a major North American city after his ‘Purple Revolution’ captured the imagination of voters from right across the political spectrum.

Some six weeks before the 18 October 2010 elections, opinion polls only credited Nenshi with eight per cent support, but extensive use of social media, combined with tireless door stepping — his supporters even organised coffee parties in their homes where Nenshi explained his vision – propelled him to victory on election day.