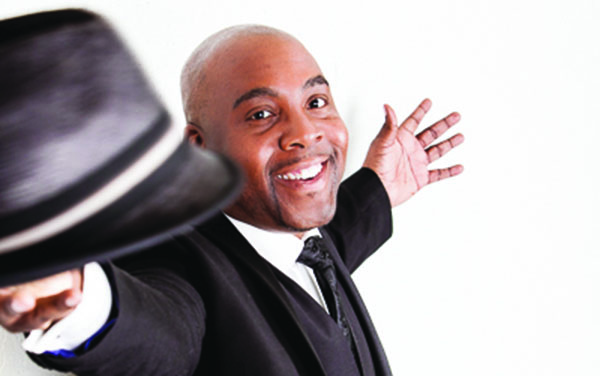 TORONTO, Ontario – When the body smiles, the soul glows.  As Toronto gets poised to honour some of the many icons who have contributed to the growth and excellence of the African Canadian community, it is also preparing to roar with laughter.

Jay Martin, fondly referred to as Canada’s Renaissance Man and Canada’s answer to US comedy icon, Steve Harvey, will give a special performance at this year’s African Canadian Achievement Awards of Excellence’s (ACAA) 30th Anniversary gala.

Martin’s reputation for naturally eliciting robust laughter from audiences – with a clean comedy act – was instrumental in him being selected to appear at this annual, prestigious Black History Month celebration.

Founded in June, 1985 by Michael Van Cooten, Publisher and Editor of Pride News Magazine, the ACAA unearths, pays tribute to, and celebrates, the achievements and excellence of African Canadians of distinction, in varied categories of vocation.

Martin — who reportedly lost his mother and brother before he was 16 years old — turned tragedy into what he has become today: the most vibrant and charismatic face of comedy in Canada.

Born of Jamaican parentage, growing up Martin was always the entertainer, cracking up school friends with his spot-on accent imitations — from mimicking his father to his East Indian neighbours.

Comedy was not something Martin ever thought of taking seriously, until close friends convinced him to perform on the comedy stage in 2003, when he unexpectedly received an unprecedented standing ovation after his debut set.

This experience boosted his confidence to pursue a career in comedy and sure enough he ended up headlining at Toronto’s premier comedy club, Yuk Yuk’s, shortly after.

As fate would have it, one night, Canadian comic giant, Russell Peters, happened to be sitting in the audience, and was immediately impressed with Martin’s first public performance. Such was the impact of raw talent, that Peters decided to take Martin under his wing and invited him to open for him across the country — and, the rest, as the saying goes, is history.

Martin has toured with many giants since then, including, Jamie Foxx, Brian McKnight and Kirk Franklin. In 2009 he left a senior management position at one of Canada’s largest telecommunications companies to pursue his talent and passion fulltime.

He has also started his own platform called the Jay Martin Uptown Comedy Series, where he has featured acts such as Tommy Davidson, Eddie Griffin, Cedric the Entertainer, Bill Bellamy and Aries Spears.

To add to his impressive resume, Martin is also a talented vocalist and producer; he has brought nostalgic R&B acts, such as SWV, Faith Evans, Tamia and LL Cool J, to mature audiences across Toronto.

Martin provides continuous laughter throughout his shows, as he moves from traditional stand-up fare, to spontaneous grilling of audience members, to singing amazing ballads with his stellar singing voice. His versatility on stage makes Martin a dynamic force in the industry that will enhance this year’s ACAA event with a complementary, lustrous halo.

This 30th year promises more of the same.

Sharing the stage with Martin will be Kalabash and DAEI Elite.

Kalabash is a contemporary jazz sextet based in Toronto that focuses on using the steel drum as a lead voice in a jazz ensemble, while experimenting with the layering of rich jazz harmonies over the folk and popular rhythms of the Caribbean, from Reggae, Son and Salsa in the north, to Calypso, Soca, Rapso and Zouk from the Eastern Caribbean.

With two CDs released so far, it is apparent that the result of this fusion is a scintillating blend of North America and the Caribbean, in a contemporary jazz fusion that has made Kalabash a hit with world music and jazz festival audiences.

Professional performance dance crew, DAEI Elite, which stands for A New Dance Academy for the Entertainment Industry, was created in August 2014, by dance educators, Tonya Burke, and dancer/actress/celebrity choreographer and judge, Tré Armstrong.

Along with her judging duties on CTV’s “So You Think You Can Dance Canada”, Armstrong is the choreographer behind MTV’s film, ‘Turn the Beat Around’; ‘Repo: The Genetic Opera’ (Lionsgate); ‘Breakin’ In: The Making of a Hip Hop Dancer’ (NFB) and assisted on the Sundance Film Festival favourite, ‘A Raisin in the Sun’ (ABC).

She has also performed on Top O’ the Pops (BBC), BET’s 106 n Park (BET), Saturday Night Live (NBC) and numerous award shows. The versatile choreographer showed her acting skills in the film ‘How She Move’ and will appear in the upcoming feature film ‘Sons 2 The Grave’ being filmed in Toronto.

DAEI Elite’s members have performed for Coca-Cola/Olympics ceremonies in Toronto, the Much Music Video Awards, major television shows and more. DAEI, which infuses various street, cultural and classical styles of dance into its repertoire, says its performances “are about fun, passion and increasing self-esteem while building confidence and key life skills.”