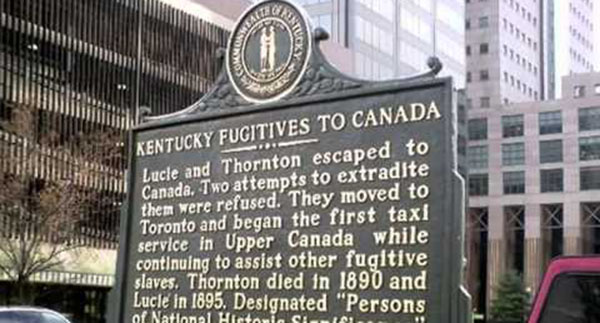 TORONTO, Ontario – The celebration of February as Black History Month, African Heritage Month or African Liberation has ended for many but a group of historians is ensuring that the history of black people in Canada is documented in books and exhibitions.

Some of these exhibitions opened in January or February and will continue until late March, providing a space for all Canadians to know about the contributions of African Canadians amidst the preponderance of Black American history.

A new exhibition, Freedom City: Uncovering Toronto’s Black History, that celebrates the early black citizens of Toronto is enhanced by the research and contributions of Cooper and Smardz Frost.

Through original paintings, drawings, photographs, manuscripts and broadsides, Freedom City covers the history of black people in Toronto – from the days of early settlement to the end of the 19th century.

Sponsored by TD Bank, Freedom City is the latest exhibition at the library’s TD Gallery, located on the main floor of the Toronto Reference Library. The show opened on January 31 and will run until March 29.

Among the highlights of the exhibition are: a video featuring Cooper tracing the development and importance of the Underground Railroad in Canada, the earliest known photograph of an African Canadian woman in Toronto, and photographs of Anderson Ruffin Abbott, the first black doctor in Canada, honoured by Mary Todd Lincoln for his service during the American Civil War.

There are also school registers and prize lists showing African Canadian students excelling in their studies and a portrait of William Peyton Hubbard, the only black deputy mayor in the history of Toronto (on loan from the City of Toronto Art Collection, Heritage & Museums Services).

Dr. Cooper, author of the ground-breaking book on Canadian slavery, The Hanging of Angelique: The Untold Story of Slavery in Canada and the Burning of Old Montreal, is the James Robinson Johnston Chair in Black Studies at Dalhousie University, Halifax.

Over in Corktown on Sackville Street an exhibition highlighting the contributions of Black Canadians and people of the African Diaspora to Toronto and Canada wrapped up at Inglenook Community High School on February 27.

The school sits on the site of the residence of Thornton and Lucie Blackburn, escaped slaves from Kentucky who made their way to Toronto where they settled and established the city’s first cab company.

For many years, Art teacher, Athina Goldberg, has been doing art projects in her classrooms focused on various aspects of Black history and issues of politics, and invites Smardz Frost to make presentations.

This year the students focused on the style and work of Harlem Renaissance artist, Romare Bearden, a collage artist, and a project based on one aspect of the lives of Lucie and Thornton Blackburn. They also imagined in their creations what the Civil Rights Movement would look like today in Toronto.

Smardz Frost, a historian and archaeologist now living in Wolfville, Nova Scotia, wrote about the Blackburns’ story in her book, I’ve Got a Home in Glory Land: A Lost Tale of the Underground Railroad, which won the 2007 Governor General’s Award for English-language non-fiction.

She is a former Toronto Board of Education staffer who 30 years ago led the excavation of the site of the Blackburn home.

The site is marked by a plaque, which, along with a similar plaque in Louisville, Kentucky, forms the first Can-Am commemoration of an Underground Railroad journey.

The school art show included work from current and past students and also featured a communal quilt based on Underground Railroad history.

Smardz Frost visited Detroit where she met with officials to discuss a plaque being put up there. She said the commemoration of the Blackburns has never been as strong in Michigan as it should have been so this is a chance to correct it.

“The piece of the commemoration that has always been missing is the Detroit end because the Blackburn Riots of 1833 occurred in front of the Detroit Public Library,” she said.

After fleeing Kentucky, the Blackburns lived in Detroit for about two years before they were captured and sentenced to return to Kentucky but Detroit’s black community rallied to their cause.

The riots that rescued them were the first racial uprisings in the city’s history.

“And then they were gone across the river to Canada – the first extradition case between Canada and the United States. And, we refused to return them with a new piece of legislation that’s the first piece of refugee reception policy ever created in Canadian history and is also the basis of extradition law in this country till this day.”

The Detroit River Project, a heritage organization, is trying to get the river designated as a world heritage site by UNESCO because of its importance for the Underground Railroad.

Smardz Frost is the co-editor of the book on the Detroit River, A Fluid Frontier: Slavery, Resistance and the Underground Railroad and the Detroit River Borderland, that will support the UNESCO bid.

The book will be published in February 2016 and is co-edited by Dr. Veta Tucker of Grand Valley State University in Michigan and includes seven American and six Canadian authors.

She has another book, Steal Away Home: Letters to a Fugitive Slave, which will be out next year. It is the first two-woman biography of a black enslaved person and her former owner.

“They wrote to each other for twenty years, some of the letters from Toronto. The white woman was in Kentucky and I’m doing a biography of the two women together based around these remarkable letters. I have five of them,” said the historian.

Her book on the Blackburns took 20 years to piece together because doing the research was so difficult.

She said it takes forever to do research on stories before the civil war and it takes a phenomenal amount of time and money to do so.

“Most Canadians only know the name of Harriett Tubman, it’s the one person that we know. Almost all Canadians are completely unaware we ever had slaves in Canada or slaves in Toronto,” Smardz Frost said.

She said the complexity of African Canadian heritage and the depth of the roots that black people have in Toronto is not known and needs to be known.

Smardz Frost said the Blackburns will also be commemorated during the Pan Am Games through a 40-foot mural featuring 12,000 years of history on that site. The centerpiece will be Thornton and Lucie Blackburn and it will be situated at an end of the Inglenook schoolyard that was cut off to widen the transit corridor.

Prince, an author and lecturer living in Buxton, Ontario, has a new book, My Brother’s Keeper: African Canadians and the American Civil War, which was featured in The eh List Author Series by Donna Bailey Nurse, a critic and author.

The two were in conversation at City Hall on February 25 discussing the courage of former fugitive slaves who returned to the United States to fight for the Union cause.

Prince is a descendant of slaves who came to Canada prior to the American Civil War and has a profound interest in the history of slavery and the Underground Railroad, particularly in the Canadian involvement.

On her Facebook page and Twitter, Henry notes that her research on Emancipation Day celebrations in Canada contributed to the documentary, The Greatest Freedom Show, which recently re-aired on TVO.

The Greatest Freedom Show on Earth is an independent documentary film about the emancipation celebrations organized by Walter Perry in Windsor, Ontario between 1936 and 1968.

Walker is Professor of History at the University of Waterloo, where he specializes in the history of human rights and race relations.

He is the author of The Black Loyalists: The Search for a Promised Land in Nova Scotia and Sierra Leone, and Smardz Frost noted that Lawrence Hill’s book, The Book of Negroes, is based on the historical research done by the professor.

On January 25, the Ontario Black History Society presented him with the Olivier le Jeune Award at its brunch to kick off Black History Month.