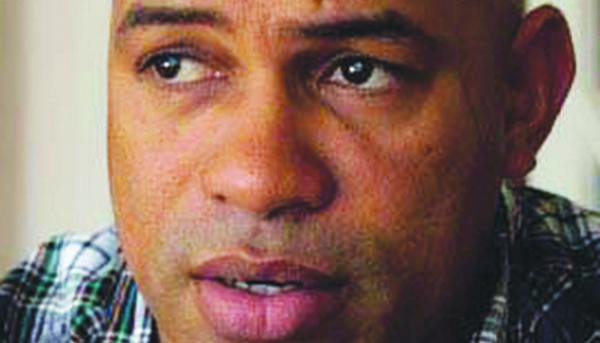 NEW YORK, New York CMC – A United States court, on Tuesday, sentenced Dino Bouterse to more than 16 years in jail, after he plead guilty last August to charges that he tried to offer a home base in the Dutch speaking Caribbean Community (CARICOM) country to the Lebanese paramilitary group Hezbollah.

The prosecution had accused him of inviting people he thought were from the Hezbollah terrorist group to establish a base Suriname in exchange for two million US dollars.

Bouterse was arrested by Panamanian authorities after a sting, in which he allegedly talked about his activities with confidential informants from the U.S. Drug Enforcement Administration.

“What I did does not really represent my country,” said Bouterse, dressed in a blue-gray shirt and pants, prior to his sentencing.

He told the court that his imprisonment would hurt his 11 children, aged 2 to 19.

Prosecutors had asked for Bouterse to spend 30 years to life in prison, in accordance with recommended federal guidelines.

Assistant U.S. Attorney, Michael Lockard, said this reflected Bouterse’s agreement to “open up his country” to terrorist camps, and a need to deter other government officials “willing to sell access”.

But the judge said the guidelines were “fundamentally unfair”, given that Bouterse appeared motivated by a desire to make “a lot of money” rather than help terrorists. She also said the sting meant Hezbollah had no actual role to begin with.

“Nothing in his history shows that he is a terrorist, or that he had terrorist sympathies. His greed got the better of him,” she said, sentencing him to 16 years, three months in jail.

After the sentencing, family members blew kisses to Bouterse, who smiled and gave a thumbs-up sign. He had been in federal custody since being transported to the United States.

Bouterse’s attorney, Richard Rosenberg, who described the sentence as “very harsh”, said, nonetheless, he was glad the judge  “underscored the lack of any clear connection to any actual terrorism.”