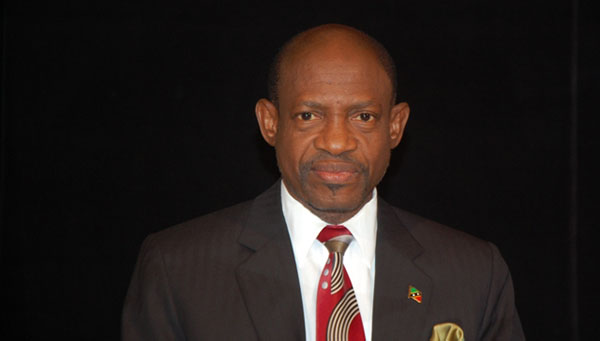 “The document, a graphic of a head photograph of Dr. Douglas with a passport graphic in the background and side bearing a stamp marked, “revoked”, being circulated is fabricated and bogus. It’s not a document that is and ever was in my possession,” Dr. Douglas said in a statement released here.

At least one regional news publication reported, Monday, that Dr. Douglas was stripped of his diplomatic visa “due to his refusal to adhere to international standards and various advisories in the processing of our passports and management of our citizenship by investment scheme.”

The publication said that the new Team Unity government has already met with top US officials and “pledged to revamp the entire scheme in order to restore our reputation and integrity on the world scale”.

In his statement, Dr. Douglas, who lost the February 16 general elections by a 7-4 margin, said that “this is a continuation of the attempts to tarnish my image and legacy of nearly twenty years of catapulting St. Kitts-Nevis to leading developmental positions in the Caribbean region.”

He said the publication was also “the latest effort in an attempt to distract the electorate from the failings” of the new government headed by Dr. Timothy Harris “to deliver on the promises it made to the people… during the recent campaign.”

Dr. Douglas said that he has been made aware that the government has revoked the diplomatic passports issued to former ministers of the Labour Party administration “even though, on assuming office, they met in place a policy of former Heads of State and Government and others continuing to hold diplomatic passports.

“In this circumstance, where a visa was issued in the diplomatic passport which has been recalled/cancelled, we’ve been advised that we need to apply for new visas in our regular passports,” he said.

Dr. Douglas said that the “origin of the fabricated document seems to point to an internet-based service which is well known for its propaganda against the Labour Party administration,” and is operated by a well-known “propagandist” for the People’s Action Movement (PAM) and the Team Unity.

Dr. Douglas said that the visa issue is the continuation of the “victimization” being meted out to people claiming to be supporters of the last administration, including the former Commissioner of Police who was “forced out of office, although he has unserved years on an existing contract.”