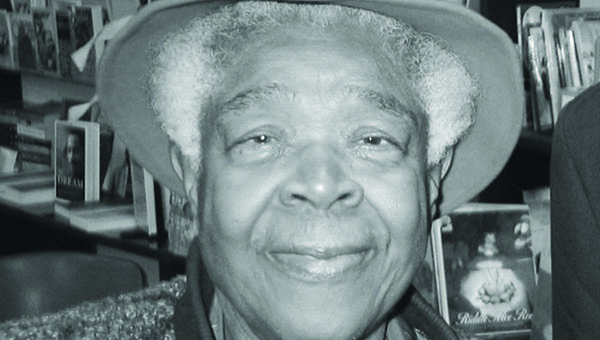 TORONTO, Ontario – Lillie Johnson, founder of the Sickle Cell Association of Ontario (SCAO), was regally feted on Sunday, one day before her 93rd birthday, when she launched her memoir, My Dream, part of the Canada 150 Memoirs Project.

Born on March 16, 1922, Johnson, who started the association in her home in 1981 plans to donate all the proceeds from the sale of the book to the SCAO.

At the book launch held at the Jamaican Canadian Centre on March 15, speaker after speaker spoke of Johnson’s commitment and determination to achieve her goals in health and health education. Some read excerpts from the book relating to her work with various community organizations.

Published under the auspices of the Toronto Hakka Seniors Association, Margaret Williams, who did the cover and book design, recorded a long series of interviews with Johnson and helped in putting the book together.

This is the twelfth book by the seniors association that will be stored in the National Archives in Ottawa as part of the project to celebrate Canada’s 150th anniversary in 2017.

“I just want you to know that every word in that book is true. Sometimes, it might be coming out a little bit strong and there are many things in it for you to take up the project and run with it,” said Johnson to many supporters who attended the event.

When Johnson told her father that she wanted to pursue nursing he discouraged her from doing so because of how nurses were being treated in Jamaica at that time.

To appease him, she trained at Shortwood Teachers College and followed in the footsteps of her parents, who were both teachers, and taught for a while.

However, her dream to become a nurse did not die and so she set off to Scotland in 1954 to study midwifery and nursing, and after working there and in England as a registered nurse and midwife, returned to Jamaica.

In June 1960, almost 55 years ago, Johnson came to Toronto after applying to work for the Canadian Red Cross, which was recruiting nurses, at one of its Ontario outposts.

She was hired to work in Red Lake in the far north but on arrival in Toronto, was able to exchange her posting for one at St. Joseph’s Hospital. She later moved to the Hospital for Sick Children.

A photograph of a young Johnson is on the cover of Dr. Karen Flynn’s book, “Moving Beyond Borders: A History of Black Canadian and Caribbean Women in the Diaspora,” published by the University of Toronto Press in 2011.

Dr. Flynn, her husband, Will, and their son, Marshall, drove from Champaign, Illinois to be here for the special occasion.

The assistant professor in the Department of Gender and Women’s Studies and the Department of African American Studies at the University of Illinois at Urbana-Champaign said Johnson was a source of inspiration during her studies at York University. She commended the nonagenarian for finally writing her memoir.

Audrey Campbell, former president of the Jamaican Canadian Association, described Johnson as a “distinguished woman of the JCA” and noted that the “ladies of the JCA are fierce and determined; they have been the backbone of this organization for 53 years.”

Damian Brown, a graduate of York University, said Johnson provided him with much needed guidance when he started his studies on a scholarship from Jamaica in 2005.

“Whatever career decisions I’ve had to make, she has always been extremely supportive. When I got into law school and I called her and I said I don’t think I want to do it, she said, follow your dream, if you want to be an actor then that’s what you should do. She always told me that I can’t live my life for other people,” he said noting that he is currently on a film set and took a break from it to attend the event.

Johnson worked as a registered nurse and as director of nursing services for Leeds-Grenville and Lanark Health Unit (Eastern Ontario) before her retirement in 1988.

She has been a primary advocate in the recognition of the importance of newborn screening for sickle cell in Ontario, which took effect in 2005, and continues to lobby for more changes.

Mary Anne Chambers, former member of provincial parliament, was one of the people who nominated Johnson successfully, the second time around, for the Order of Ontario that she received in 2011.

“I’ll tell you about what inspired me is Miss Lillie’s unwavering commitment to what she believes in,” said Chambers when examining the body of Johnson’s work.

She said one of the things she learned from Johnson is that “we are never too old to make a difference in this world.”

“When I was Minister of Training, Colleges and Universities for the Province of Ontario, it was my real pleasure to announce that the government of Ontario had expanded screening of newborns to include sickle cell and it would not have happened without the formidable commitment of Miss Lillie Johnson.”

Johnson, the first black director of public health in Ontario, said over the years, the SCAO has concentrated on the medical side of sickle cell but it is now determined to examine the social side of it — a multidisciplinary approach.

“The communication with the family. What happens to the family? Sickle cell is a family affair, especially the mothers. Unfortunately, we have about 85 of our families here being managed by single parents. And that is why I’m so committed, ladies and gentlemen,” said Johnson, who wants to also change the perception that sickle cell anemia is a black person’s disease.

She wants to get more doctors involved in working with the SCAO. “From 1981 we have been striving to get family physicians involved with sickle cell,” she said.

After retirement, Johnson applied to CUSO, Canada’s international volunteer program, and was placed as a nurse in Jamaica in 1989.

On her return to Canada, CUSO retained her as a consultant to provide health briefings for volunteers before they left for international postings.

“I did not do this by myself. I have people who held up my arms. There were days when I was so frustrated and said I would give up. And then I do a bit of evaluation on myself. At times, I’m very hard with myself because when I went into this, I said, ‘nothing but the best is good enough for the patient with sickle cell,’” said Johnson.

Last year, she was presented with the Legacy Award for her lifelong extraordinary commitment to advancing the health and wellbeing of the Black community at the inaugural Black Health Alliance Awards.