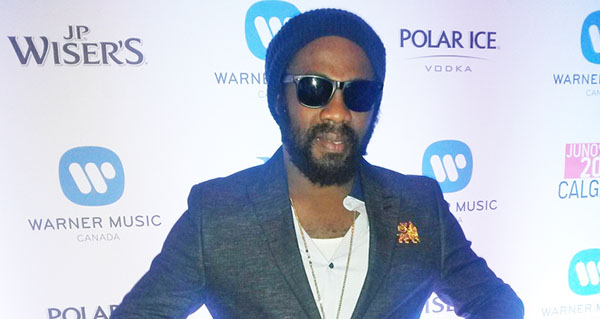 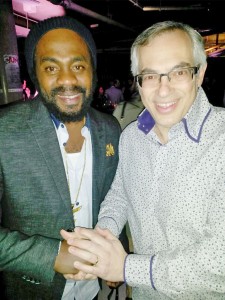 Exco Levi chums around with Hon. Tony Clement, President of the Treasury Board of Canada. Photo courtesy of L3 Magazine.

Last Saturday, Exco Levi became the only artist in Canadian history to be nominated four times for the JUNO Awards’ Best Reggae Recording – and win, consecutively. 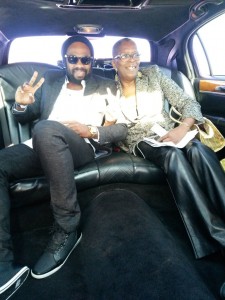 Voted by a panel of judges from across Canada, the Canadian Academy of Recording Arts and Sciences (CARAS), the JUNO Awards’ organizing body, agreed that “Welcome the King” is the Reggae Recording of the Year.

In his acceptance speech, Levi said, “I give thanks for this award, and to the JUNO’s for recognizing my work.  I also thank my fellow nominees for making music and contributing to the industry.  I make music about life and I’m glad it’s appreciated by my fans.”

Segue to Sunday, where Levi walked the JUNO Awards’ red carpet prior to the television broadcast and shared in the continued glow of the celebration of Canada’s music industry.

The night continued at the Warner Music Canada JUNO after party, where Lexi performed an impromptu set, including Bob Marley’s “One Love,” backed by Canada’s leading rock and pop musicians, then further raised the bar when he sat on the keyboards and belted Marley’s “No Woman No Cry” and had the room of hundreds singing along.

The work continues for Levi – whose father was also an artist and sound system DJ — who just released a new album, “Country Man”, and will host two release parties this week.  The first will be held on March 18, at Crawford’s, 718 College Street West in Toronto, and the second on March 19, at Belleeny’s, 4000 Steels Avenue West in North York. “Country Man” will be available at both events.