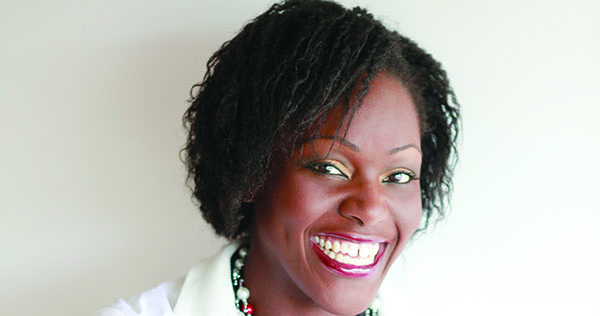 At a press conference held in Toronto, the veteran, world wrestling multi-medalist explained that, in March last year, she took a break from international competition, after years of cutting weight and diet restrictions had taken a toll on her digestive health.

“I know most of my fans and the sport community assumed I had stopped competing, but my heart still held the hope of returning to elite competition in time for the 2016 Olympics,” she continued.

But, “After grappling with what my body was able to give and the knowledge that my experiences as a world-class athlete can benefit others, I have now decided to move on.”

Last month, on Saturday, February 21, Akuffo — who was born in North York to Ghanaian parents and spent the first five years of her childhood in Ghana when her parents relocated back to their homeland — received the African Canadian Achievement Award for Excellence in Sports.

Her family returned to Canada when she was eight years old and settled in Brampton, Ontario. 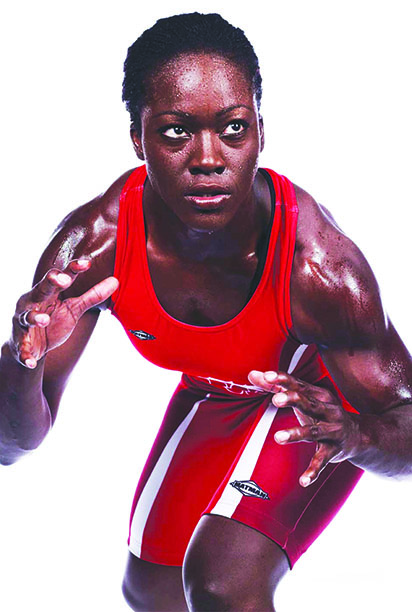 With training at the Matman Wrestling Club, she quickly blossomed in the sport and by age 17, made her first Senior National Wrestling Team and represented Canada in the World Championships.

This was the start of Akuffo’s success as a high-performance athlete.

She works with the Canadian Olympic Committee, the Pan American Games, Plan Canada, Heart & Stroke Foundation and Right To Play, on speaking series, and has also partnered with RBC and Bell Canada to speak at corporate events.

Speaking again at her retirement press conference, Akuffo also said: “I see this time as a transition and not a retirement because I do not view this as an end to my professional career, rather a transfer of my high performance skills to playing fields beyond sport.

“Becoming an Olympian, a 10-time national champion and multiple world medalist has made me the person I am today. I plan on giving back to Olympic wrestling as a life-long ambassador, and to continue my work speaking to schools and community organizations across Canada, inspiring young people to find their own paths to greatness.”

A sought-after professional speaker, armed with a Bachelor of Business Administration (Hons) Marketing degree with a Certificate in Management and Sports Administration from York University, Akuffo says, she will also now focus on her business, Bodily Prosperity, a company she established on the principles she derived from her high-performance lifestyle as a world-class athlete.

She also revealed that, one aspect of her retirement she is particularly excited about is having returned to Judo after 15 years off, to pursue a black belt.

Akuffo, revealing recently that she is thankful that her father encouraged her to be anything she wanted to be, also expressed appreciation to her many Canadian fans: “Thank you for sharing this wonderful journey in sport with me. The last 16 years representing Canada have been some of the proudest moments of my life.”