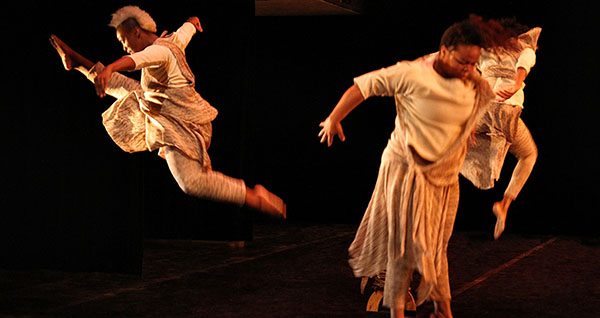 COBA, Collective of Black Artists, recently wrapped up its season of dance, “Legacy III: Bringing it Home,” with a verve and vivacity rooted in Africanist traditions.

The production was held from March 19 to 21 at COBA Studio Theatre, Daniels Spectrum in Toronto.

Legacy III promised to address “the importance of our collective social consciousness and awareness to the present’s connection to tradition, history and purpose of future.”

It achieved that in the artistic pieces presented: the world premiere of Essence – Ode to Joyce, Meme: #Faith #Hope #…(2014), Divine Rite (2000) and Saraca (1994). Su Pe Bagilia – Pique, a drum call, showcased the dexterity and enthusiasm of the drummers, Popcorn Cumberbatch, N’dere Nimon Headley-Lindsay and Kenneth Mark.

Opening with the world premiere of “Essence – Ode to Joyce,” choreographed by co-artistic director BaKari Lindsay, the dancers, Joy Adjemain, Nickeshia Garrick and Shelly Ann McLeod, explored whether the Orishas have the same power in a contemporary world through their eclectic movements.

COBA is dedicated to creating and presenting the finest traditions in dance and music that celebrate and reflect an Africanist aesthetic.

Given this mandate, it was not surprising that co-artistic director Charmaine Headley in 2014 created “Meme: #Faith #Hope #…” to address the pressing issue of violence against women and the silence, almost absence of stories in the news and on social media of the school girls abducted by Boko Haram in Nigeria last year. 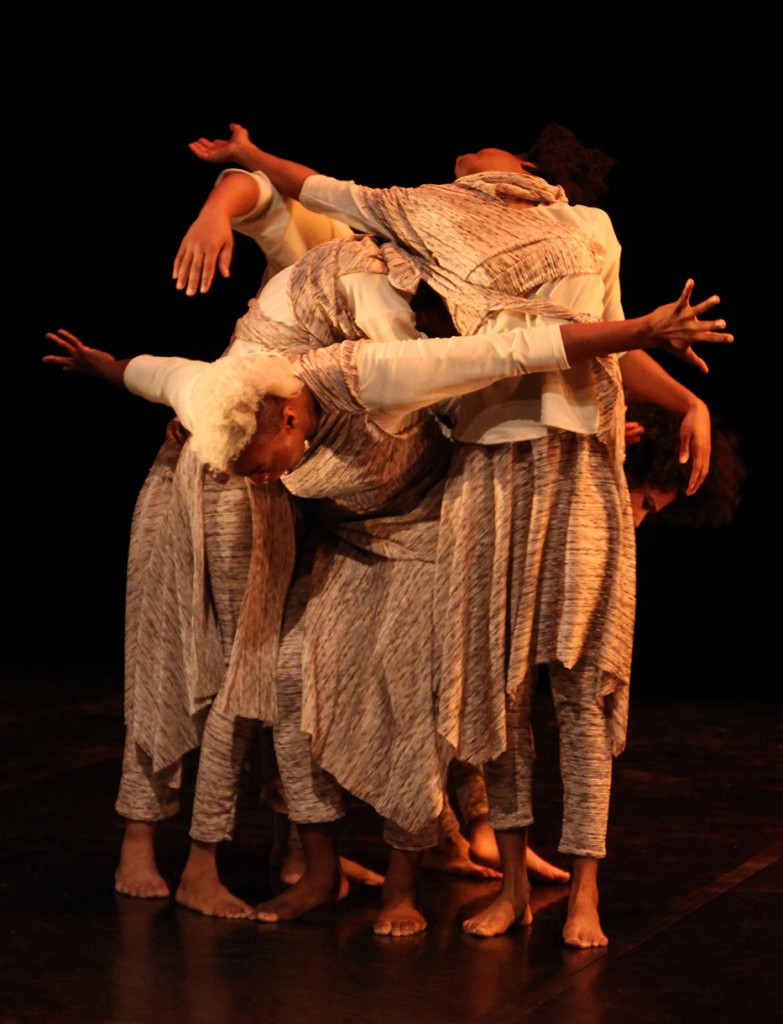 “Bring Back Our Girls” was the rallying cry from their mothers heard around the world and that same urgency seem to infuse this artistic expression and invoke the spirit of these women who want their daughters back.

The dancers appear on stage with their hands covering their mouths — this no doubt mirrors the voicelessness of the Nigerian girls – and even as one of their colleagues tries to liberate them to speak they do not yield and instead submit to being mute.  They reside in a state of powerlessness.

Unlike the earlier piece in which the dancers were alive with energy, this required them to restrict their movements in a confined space in which they are tied and constricted to move together. There is no escape from the boundaries imposed by their captors to control and take away their freedom.

The choreography elicits struggles and fears but, tangled within, it demonstrates hope and faith.

Lindsay’s “Divine Rite” delves into traditional spirituality, where life and death are reflected in a circle and death is a new beginning.

Performed by Lindsay, the dancer uses dirt to create the circle of life on the stage and dancing within it and around the circumference honours life and death but also with open hands and in prostration recognizes the power of being anew.

Saraca, a signature piece of COBA created early in the company’s history, is a traditional Caribbean celebration mainly practiced in Trinidad. It was performed by African slaves to celebrate life, unity and to give thanks to the heavens, the earth, and to souls, which had passed on and were said to guide.

This piece involved all of the dancers, including Kadeem Faustin and Dezjuan Thomas, dressed in white and was a reminder of the African folk aesthetics found in many countries in the Caribbean.

It celebrated life and the determination to survive in spite of the existing challenges and those ahead.

Agua Como Vida commemorates a special milestone with new contemporary dance works by founder and artistic director Patrick Parson and associate choreographer Gabby Kamino on April 17 and 18 at the Fleck Dance Theatre at the Harbourfront Centre in Toronto.