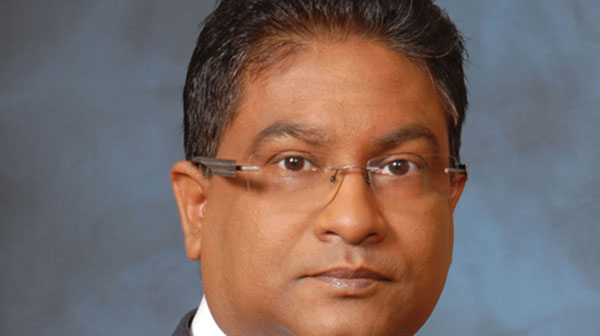 PORT OF SPAIN, Trinidad, CMC – The Central Bank of Trinidad and Tobago, Friday, said it had instituted a five-point plan that would result in billions of dollars (One TT dollar =US$0.16 cents) being used to settle the outstanding debts owed by the financially troubled Colonial Life Insurance Company (CLICO).

“Central Bank CLICO’s resolution plan  will bring closure to this deep financial wound inflicted on thousands of CLICO policy holders and Central Bank is doing all in its power and more to ensure that such a financial trauma will never again be inflicted on  you,” Central Bank Governor, Jwala Rambarran, told a news conference.

CLICO, the flagship of the regional conglomerate CL Financial, collapsed in 2009 with the Trinidad and Tobago pumping billions of dollars in a rescue plan.

Rambarran said the broad elements of the plan would result in the Trinidad and Tobago government “as the single largest creditor of CLICO will receive four billion dollars in cash today, and the balance of around three billion in lieu of cash upon the transfer of three CLICO assets, (namely) Angostura Holdings Limited, CL World Brands Limited and Home Construction Limited.”

He said the plan also allows for the 1,500 (Short term institutional products) STIP policy holders to receive 85 percent of their claims, totaling TT$950 million in three months with the remaining balance after the sale of Methanol Holdings International Limited (MHTL).

The Central Bank Governor said creditors outside the Statutory Fund, such as non-government mutual fund holders and non-residential STIP policy holders, would be paid following the sale of CLICO RBL shares and other assets.

Rambarran said that the policy holders, who accepted the government’s offer of bonds and shares in the CLICO Investment Fund, “will be no worse off.

“The Minister of Finance and the Economy (Larry Howai) will provide details shortly on how these policy holders will be treated.”

He said the claims of policy holders belonging to the British American Insurance company (BAT) and creditors would also be settled.

Rambarran told reporters that based on the latest financial report on BAT, it is still “in a negative equity position and its statutory fund is still in deficit; therefore, it cannot meet its obligations to its policyholders and creditors.

“Government has decided that it will buy that level of assistance that is needed to resolve BAT,” he said, adding, “at the moment we are not in a position to communicate what that particular number is, because it depends on having the most up to date and recent accounts for BAT and we are in the process of finalising those statements.”

Chairman of The CLICO Policyholders Group (CPG), Peter Permell, told the Caribbean Media Corporation (CMC) that his group was pleased with the announcement made by the Central Bank.

“The CLICO Policyholders Group welcomes the announcement by the Central Bank, it could not have come a day too soon,” he said, adding that it is “a major step closer…in ensuring that the terms and conditions of the insurance contracts are met in full.”

Rambarran dismissed suggestions that the moves were tantamount to a fire sale of the company’s assets, noting “you have to remember when the Central Bank assumed control of both CLICO and BAT in 2009 we indicated we would be treating both entities in a  broadly similar manner and that has happened over the intervening period.

“So what we are doing today is no different from the principle that we said we would abide by,” he said.

Asked how he would quantify CLICO presently, Rambarran told reporters “we are in a resolution plan for CLICO; therefore, we are in the process of selling off CLICO’s traditional insurance portfolio.

“What you know as CLICO in that sense, what we would call residual CLICO, will of course be fundamentally different from the CLICO that you once knew,” he said.

Rambarran also downplayed questions that the cash to the government would be needed to pay public servants, as a result of the 14 percent wage hike recently agreed with their union, as well as to make money available for projects as the country gears for a general election.

He said, more than a year ago, “we indicated that Central Bank…was ultimately in control of CLICO and we announced that we would be preparing CLICO for a sale of its traditional insurance portfolio.

“That announcement was made since May 2014 and we indicated that we have particular steps needed to be followed, one of those steps was an independent valuation of CLICO’s assets.  Another step…was instructing CLICO to stop writing business, and to prepare for voluntary separation of its employees and to eventually close down the agency branches.

“All those steps have been followed and we are also waiting on the final outcome from the tribunal regarding MHTL,” he said, adding, “so these are all parts of the plan…to where we finally reach today.

“So let me assure you that this has nothing to do with government’s fiscal position, but the plan that was put in place since more than one year ago,” he added.