What CARICOM Should Talk To Obama About

Caribbean leaders have an invitation to a meeting that none is expected to miss. Barack Obama, President of the United States of America, will pay a state visit to Jamaica on April 9. Obama is making a stopover in Jamaica on his way to Panama for the seventh Summit of the Americas on April 10 and 11. The US President will meet the Caribbean leaders in Panama, as well.

But the sit down in the Jamaican capital, Kingston, is described as a special opportunity for Obama and CARICOM heads of government to discuss a range of issues, such security and trade. They will also exchange views on regional and international issues of “mutual interest’’.

Jamaica’s Prime Minister, Portia Miller, was gushing with excitement about the pending visit of the US President. “The government of Jamaica,’’ she says, “is delighted that President Obama will be visiting Jamaica at this time. It will mark the second time since our independence that a sitting US president will be visiting Jamaica. We view the president’s upcoming visit as an affirmation of the strong ties of friendship and cooperation that have united our two peoples for centuries. We are confident that through fruitful dialogue and exchanges during the visit we will succeed in further strengthening the close relations that exist at the bilateral level between Jamaica and the USA, and between the USA and CARICOM.”

To be quite frank, American Presidents’ visits to the Caribbean have replaced the old time tours of the region by the Queen and members of the English Royal Family. The people of the Caribbean, led by their politicians, have replaced one type of hyped up foreign visit with another; and substituted one set of cheap talk and promises with another set.

When these foreign heads of state depart the Caribbean, there are few tangible benefits that could be seen or felt by the ordinary men and women of the Caribbean region. We already know, from information coming out Jamaica, that talks with Obama will be on security. We’d bet that Obama will lecture Caribbean leaders about the drug trade and drug interdiction; perhaps, promise a few second hand coast guard vessels to continue the “War on Drugs’’; warn the region to be wary of Venezuela; and defend his decision to declare Venezuela a “threat’’ to the United States of America.

Obama last met CARICOM government heads on home soil when the Summit of the Americas was held in 2009 in Trinidad. Obama was just into a year of his presidency and pledged to offer a new style of US politics.

The Trinidad & Tobago government spent millions of dollars in cleaning the streets of Port of Spain, tidying hotels and corralling city vagrants into shelters. Then, President Obama arrived on the first day of the summit to thunderous applause, saying he’d come to “launch a new chapter of engagement that will be sustained throughout my administration’’.

The United States, Obama told the summit, “had been disengaged, and at times we sought to dictate our terms. But I pledge to you that we seek an equal partnership. There is no senior partner and junior partner in our relations.’’

Although it was a riveting speech, it’s all but forgotten by all those who were in the room with Obama in Trinidad; and every Caribbean leader – to the last man and woman – went back home empty-handed. It was the same outcome of no tangibles when former US President Bill Clinton visited Barbados in 1997.

Caribbean leaders ought to be less star-struck in meetings with American presidents, and vice presidents, and engage them in more pragmatic discussions. One would have to dig deep, real deep, to remember the last occasion the US government gave a loan – better yet, a grant – of many, many million dollars in bilateral assistance for productive economic development, or to build a school or a hospital anywhere in the Caribbean, from Guyana in the south to Jamaica in the north.

When they gather on April 9 in Jamaica, the leaders of CARICOM and the US President must reach an understanding and a compromise on each other’s needs. And, the US must be pressed to deliver more than speeches and lectures to the Caribbean.

The Caribbean region is in desperate need, too, of development aid. 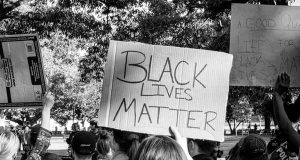 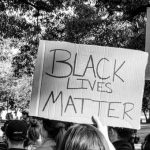