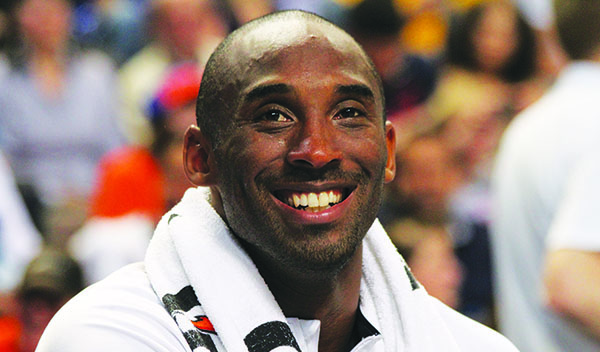 Is Kobe Bryant Content Retiring Without His Sixth Ring?

Photo above courtesy of Christopher Johnson.

Kobe Bryant’s career is about to come to its end as he embarks on yet another valiant comeback effort from another season ending injury. His drive, this late in his career, seems to be fueled by his burning desire to match, or pass, Michael Jordan’s six rings. 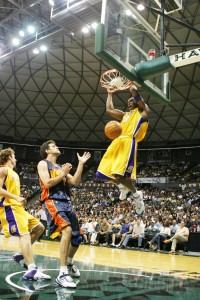 But if he does not match it, will five be enough?

So I ask myself, how can a player like Kobe be dissatisfied with five rings? Especially when a handful of great hall-of-famers don’t even have one? To Kobe, this is a no-brainer because he has worked really hard to recreate the greatness of Jordan while still managing to craft out his own identity and great legacy. It would seem unimaginable to end such an illustrious career one ring shy of matching Jordan; it would be bitter-sweet. 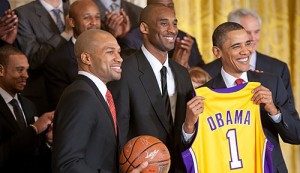 Sweet, due to the obvious fact that five rings is such a rare accomplishment in any sport and those who appreciate one can attest to the difficulty of getting more. Somehow, though, I can only see Kobe being even hungrier to get one more. For this reason, it will be bitter because retiring with five rings means any debate about both he and Jordan will always swing in MJ’s favor.

Truth be told, to some people, if Kobe matches Jordan’s rings or surpasses him, MJ will still be the G.O.A.T to them. For others, and those like me, the unending debate about the ranking of great athletes often begins with a combination of their athletic feats mixed in with their accumulated stats and clutch-time heroics… but often without fail, the last card drawn from our debate arsenal is the number of rings won.

Allow me for a moment to delve briefly into the athletic feats and abilities of these two. Personally, my conclusion is that any such debate can swing back and forth endlessly. If you haven’t yet noticed the similarities between Kobe and Jordan, here’s a YouTuber’s video montage of Kobe ‘being like Mike’ (www.youtube.com/watch?v=v27Hk5OIe-k).

After crossing off their athletic abilities, I figured I should remove their stats as well – the gaps are not big enough to use as a strong point. Now all that is left is the rings.

How badly does Kobe want to match or pass Jordan in this category? Imagine his response when he was asked by Mark Medina of the LA Daily News on whether it was okay with him if Tim Duncan – who’s also got five rings – passed him with six rings. 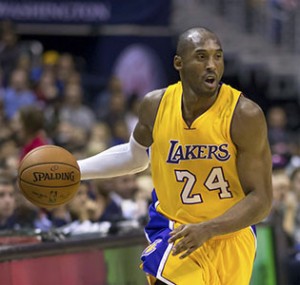 If Kobe has a problem with Duncan passing him at five then why would he even consider retiring – before, at the very least, making one more solid push for one more ring? The unfortunate thing about this is that there is nothing Kobe can do if serious injuries continue to keep him off the court.

The unexpected rash of season-ending injuries is forcing me to re-imagine how I expected his career to end. I always envisioned him going out in the playoffs in a loss to a much better team while displaying a courageous effort to lead his team to the waning moments of a seventh game.

In his 19 seasons, Kobe has played only three years without an injury – back to back years in the 07/08 and 08/09 seasons, and also in the lockout shortened 98/99 season with only 50 regular season games. Injuries are part of the game and Kobe has had his fair share but these past couple of years have been unchartered territories even for him. The NBA playoffs without Kobe seems weird – it felt that way last year and it will again this year.

I, and maybe most fans, have somehow been programmed to sift through the accomplishments of great players by quantifying the number of championship rings as the difference maker when listing our all-time rankings. By no means does this apply to every single great/hall-of-fame player but it really fits well in the case of Kobe and Jordan. I for one cannot accept the image of an injury riddled Kobe retiring because his body is offering him something his mind and competitive spirit won’t accept.

Kobe is the second best 2-guard in the history of the game and I am sure he intends to work hard to come back again and resume the hunt for his sixth ring. I am certain he believes, wholeheartedly, he can regain his form and get back to the playoffs… and subsequently the NBA Finals.

I am sitting at the edge of my seat as I wait for the final chapter in his career to unfold.

I am sure we all are!