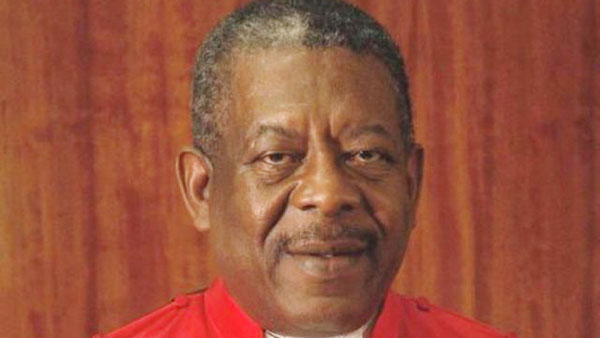 PORT OF SPAIN, Trinidad, CMC – By far its most celebrated case involved a Jamaican national, whose country is still going through the legislative process as to whether or not it should become a full member.

But Sir Dennis Byron, the second Caribbean national to head the Trinidad-based Caribbean Court of Justice (CCJ) is certain that within a year, not only will Jamaica be added to the full membership of the court, but also Trinidad and Tobago as well as the other islands in the sub-regional Organization of Eastern Caribbean States.

“All the countries have agreed to be on board, because when they signed the treaty establishing the court, they entered into that arrangement and they went further than that.  They have all put money to fund the operation of the court, so they are fully on board in that respect.

”What they have not done, is abolish appeals to the Privy Council. That is one thing that has not been done, and as far as my crystal ball suggests, that within the next year or two, the countries will be on board,” he told the Caribbean Media Corporation (CMC).

The CCJ was inaugurated in Trinidad and Tobago on April 16, 2005. It replaced the London-based Privy Council as the region’s final court and has been created with a dual jurisdiction – as a final appellate court for those member states which wish to use its services, and in its original jurisdiction as an international court, with the exclusive jurisdiction to interpret and apply the Revised Treaty of Chaguaramas that governs the 15-member regional grouping, CARICOM, and to decide disputes arising under it.

The CCJ began with two countries – Guyana and Barbados – having decided to access its appellate jurisdiction. In February 2010, Belize became the third member and in March this year Dominica followed suit.

“When you look at those to come on board now, it’s only Trinidad and Tobago and the Eastern Caribbean. The process in the Eastern Caribbean has started. Grenada has made an announcement that it has embarked on the process. Jamaica has tabled legislation before Parliament, and the political parties in Trinidad and Tobago have made statements supporting the court,” said Sir Dennis.

Since its inception, the court has dealt with 160 cases at the appellate level and 16 at the original jurisdiction level.

But perhaps its most celebrated case involved the Jamaican national, Shanique Myrie, who had taken the Barbados government to court alleging that when she travelled to that CARICOM country on March 14, 2011 she was discriminated against because of her nationality, subjected to a body cavity search, detained overnight in a cell and deported to Jamaica the following day.

Myrie also claimed that she was subjected to derogatory remarks by a Barbadian Immigration officer and asked the CCJ to determine the minimum standard of treatment applicable to CARICOM citizens moving around the region.

Sir Dennis acknowledged that the Myrie case “excited” the whole community in the Caribbean and believes “a lot of it had to do with Myrie herself.

“She did not have the power base, and yet she decided to stand up for her rights and she came to a court of justice, and the court of justice provided a forum and a dispute resolution mechanism which addressed her rights squarely and gave a decision which gave her justice.

“People have seen what could happen if they pursue that route and we are ready, willing and able to provide an avenue for resolving disputes on the application and  interpretation of rights,” he said.

In handing down its decision in the Myrie case, the CCJ was able to explain what the treaty promises to provide, and demonstrate how it should be applied when citizens travel from one Caribbean country to another.

Jamaica’s then High Commissioner to Trinidad and Tobago and Barbados, Sharon Saunders, said the ruling “has set a precedent (and) it will mean that governments across the region will have to raise the bar.

“The excuse cannot be the immigration officials have so much discretion. By and large this is an excellent judgment,” she added.

But despite being “10 years young” and already demonstrating its ability to establish the mechanism for protecting the rights of Caribbean citizens, under the Revised Treaty of Chaguaramas, the CCJ may have suffered a blow when in an editorial on February 22 this year, the Jamaica Observer newspaper commenting on the chaotic events leading up to the general election in St. Kitts-Nevis, praised the ruling handed down by the Privy Council.

The election, while conducted peacefully, became shrouded in controversy when the Denzil Douglas government sought to adopt new electoral constituency boundaries, a month before the vote.

The matter went before the courts in Basseterre and the St. Lucia-based Eastern Caribbean Supreme Court before ending up at the Privy Council, which ruled, a few days before the election, that the exercise must be conducted using the existing boundaries.

“In fact, the result of the election, in which Mr. Douglas and his party won only four of the 11 seats contested, suggests that there is general agreement among the people of St. Kitts and Nevis with the Privy Council ruling,” the Jamaica Observer said in its editorial.

“That, we suspect, will strengthen the position of opponents of the Caribbean Court of Justice (CCJ), who have consistently argued that the law lords in London are not swayed by domestic politics.”

“It will be difficult for the proponents of the CCJ to convince people in the region, that the decision of the court in St. Kitts to support the electoral boundaries change, was not influenced by political considerations.

If that was the case, then the credibility of the legal system is at risk.

We have, in the past, leaned towards supporting the idea of the CCJ, based on our very solid commitment to regionalism. But, given developments, such as that in St. Kitts and Nevis, we are increasingly worried about dispensing with the UK Privy Council at this point in time.

Until we are certain that we will have in place a legal superstructure that mirrors the confidence inspired by the Privy Council, untouchable by local politics, it would be foolhardy to make the CCJ our final appellate court,” the paper added.

But Sir Dennis said the editorial mirrors the tendency of people to knock Caribbean judges, noting that in the case of the St. Kitts-Nevis election, the courts in the Caribbean dealt swiftly with the matter.

“The press did not comment on the fact as far as I could see. The incident happened on 16th of January and within six hours the resident judges in St. Kitts-Nevis issued an injunction against the government.

The entire process, High Court, Court of Appeal…all that took place within a  three week period, in time for it to reach the Privy Council and nobody has commented on the efficiency of the court system which was able to function in that matter.

“People have criticised the fact that the Privy Council overturned the ruling of the Court of Appeal. But that is exactly what a final court of appeal is for. The only reason why the matter went before the Privy Council is that St. Kitts-Nevis has not yet joined the final appellate jurisdiction of the Caribbean Court of Justice.

The Jamaica Observer editorial warned that the “inexplicable rush to jettison the Privy Council in favour of a Caribbean court which is, at best, still a work in progress, could unravel what legal gains we have made in the region. This clearly is a case in which we must make haste slowly.”

But Sir Dennis says he is not discouraged and strongly believes that Jamaica will come around to joining the court in full, since he has noted that both major parties seem to have “found certain areas of common ground.”

When it was established in 2001, the CCJ was linked to a “hangman’s court” with opponents noting, that its establishment was due mainly to Caribbean countries’ inability to implement the death penalty, due to several rulings handed down by the Privy Council.

But Sir Dennis said that the 10 years since the CCJ has been in operation “people no longer speak to the CCJ in that regard.

“A court is a court, it is not a political tribunal sporting any agenda of one sort or another and we in the court will address these issues in accordance with the constitution and legal provisions applicable within the country,” the 72-year-old Kittian-born jurist told CMC.