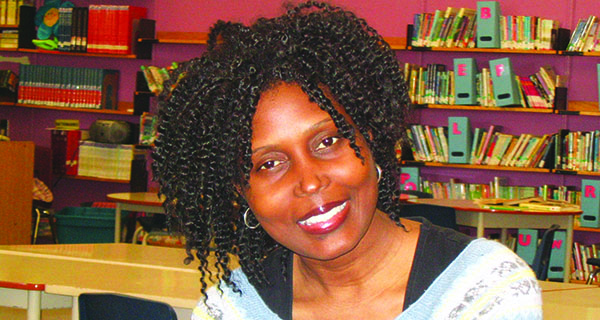 Plans To Save Church Of Early Black Settlers Get Funding

VAUGHAN, Ontario – The Vaughan African Canadian Association (VACA) has teamed up with the Township of Oro-Medonte to restore the historical Oro African Methodist Episcopal Church, a church that was built by freed slaves in the nineteenth century.

Shernette Martin, executive director of VACA, said the organization is proud of its recent workshop on the War of 1812 and the role of the Coloured Corps headed by Richard Pierpoint under the military supervision of General Brock.

“We were thrilled to find out that an old African-Methodist Episcopal Church in the Town of Oro-Medonte was built by freed slaves who were given land after the War of 1812.  A cemetery lies behind the church that may include the remains of Richard Pierpoint and soldiers from the Coloured Corps.  The church was built in 1847 and is need of significant repair.  It would be a disservice to our history as Canadians for the church to become dilapidated and erased from our memories and history books,” she said in an email to supporters and friends of VACA.

Pierpoint was born in Bondu (now Senegal) in 1744. In 1760, he was captured and brought to America where he was sold to a British officer. After more than 20 years in America, he won his emancipation by fighting as a member of Butler’s Rangers in the American Revolution.

His support for the British in the conflict meant he was rewarded with a land grant in the Niagara region.

In a press release, the Township of Oro-Medonte and VACA announced that they are the recipients of funding from the Ontario Trillium Foundation for the project after submitting an application in October 2014.

A formal cheque presentation and ceremony to celebrate the grant announcement is being coordinated to take place at the Oro African Church for the end of April or beginning of May.

VACA, as the lead organization on this collaborative was awarded $121,200 for the church. The funding will provide $94,200 towards the church restoration challenge and $27,000 to develop and distribute a children’s picture book about the church, “Lift Every Voice,” and support an interactive historical school program facilitated by VACA.

The organization will produce a documentary that will chart the progress of the restoration and share stories of descendants of those that built the church and lived on the land.

The project has garnered national and international attention and aligned thousands with the story of this rural structure. In addition, the Township has raised over $72,000 and has received numerous donations in kind through its fundraising campaign. The Ontario Trillium Foundation is now another partner joining the Township or Oro-Medonte, the County of Simcoe and thousands across the Country in providing much needed funding to restore the National Historic Site and anchor is story in our Heritage, noted the press release.

“Thanks to the partnerships that include the Vaughan African Canadian Association, the Ontario Trillium Foundation, the County of Simcoe, community members and supporters from all across Canada and throughout the United States, we now have the funding to move forward to save the church and have it remain as a beacon for its historical and cultural significance,” said Mayor Harry Hughes.

Martin said restorations on the church would begin this summer. “We will be seeking support for sponsors who would like to assist in sponsoring the documentary and the grand re-opening,” she said.

The Township’s Journey to Freedom fundraising campaign will remain live and continue to fundraise with all proceeds going towards a reserve fund for the ongoing preservation and maintenance of the church and the cemetery.

Regular progress updates on the project will be provided on the Township’s fundraising Facebook page, www.facebook.com/oroafricanchurch. The Township is also seeking artifacts belonging to the Oro African Church and those wishing to donate may contact the Township at 705-487-2171.

“The restoration of the African-Methodist Episcopal Church is by far one of the most important projects the Vaughan African Canadian Association will undertake,” said Martin.

“It has become more than just a church being restored. It has taken on a symbolic reference of what can be achieved when communities come together. The restoration of the church has become a restoration of cultural pride. We will pay homage to, and acknowledge the Black settlers and the regiment of the Coloured Corps who fought during the War of 1812 and built the church as a place to commune together, worship and pray together.

“The church will once again be restored to its original glory and we look forward to opening the doors to the community. We are grateful for the support we have received from the Ontario Trillium Foundation, Michael Couteau, Minister of Tourism and Sport, the City of Vaughan and the Township of Oro Medonte,” she said.

In the War of 1812, at age 68, Pierpoint petitioned the military for the creation of an all-black unit, by producing a list of black men in the region who had sworn to fight.

The petition was initially rejected, but leadership of the unit was eventually given to Captain Robert Runchey, and the unit was named Captain Runchey’s Corps of Coloured Men. The Corps fought at Queenston Heights on October 13, 1812, (the men were among the first reinforcements to arrive on the Heights in support of Mohawk Chief John Norton’s Grand River warriors) and was instrumental to the war effort throughout the Niagara region. In 1813, they were reassigned to the Provincial Corps of Artificers, and served throughout the war building and rebuilding important strategic posts.

Pierpoint died around 1837, aged about 93. He was one of thousands of Black Loyalists who came to Canada after the American Revolution, and while many faced significant hardships, they nonetheless formed an important part of early Canada.

The Vaughan African Canadian Association is a not for profit organization serving the Vaughan community since its inception in 2003.

Every year, during Black history month, VACA plans workshops and assemblies in schools where it shares historical contributions and cultural milestones from the African diaspora with students.  It has a significant collection of artifacts, literature, pictures and posters used as teaching tools to provide a vast knowledge base for students.

The organization’s mandate is to provide innovative programs and services for the African-Caribbean community in the city of Vaughan.

The main focus is to provide programs for families and youth. VACA’s strategic vision is built around the need for effective service delivery through providing awareness, opportunities, leadership development, economic opportunities, organizational development and capacity building with a target date to accomplish this vision by 2015.

Oro-Medonte is a diverse and beautiful community with a central location in Ontario. A community of 20,078 full-time residents, Oro-Medonte covers a land area of 61,000 hectares, stretching from the northern border of Barrie and Lake Simcoe to the southern fringes of Orillia and north to Tay and Severn Townships.