TORONTO, Ontario – Several pressing issues impacting the Black community are on the agenda of the upcoming 2nd African Canadian Summit, which will be held under the theme, “Critical Crossroad and the Crisis in the African Canadian Community.”

Organized by the African Canadian Legal Clinic, Midaynta Community Services, the Coalition of Black Trade Unionists, the Ontario Federation of Labour and the Canadian Labour Congress, the summit will focus on violence reduction, equity in outcomes, and good jobs in a changing economy.

It will be held on April 29 from 8:30am-4pm at the Ontario Federation of Labour on Gervais Drive, near Don Mill and Eglinton Ave. East.

The organizers say the African Canadian community in the GTA experiences markedly disproportionate rates of socio-economic disadvantage in a number of areas including, poverty, education, child welfare, employment, health and justice.

Their assertions are backed by statistics showing that in 2012, 48 people, of which most were young men, were victims of murder in the city in Toronto. Most of these victims were under the age of 30 and disproportionately large numbers were young African Canadian men.

As the Toronto Star recently noted, 41% of the children and youth in the care of the Children’s Aid Society of Toronto are African Canadian. Yet only 8.2% of Toronto’s population under the age of 18 is African Canadian, the organizers referenced.

They also said that in the TDSB, the dropout rate of African Canadian students from 2006-2011 is 23%, while that of white students is only 12%. In 2011, 25% of the African Canadian population in Canada lived below the poverty line compared to 11% of the non-racialized population. 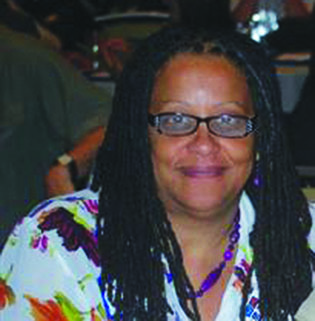 In Ontario’s federal prisons, African Canadians make up 20% of the prison population. And a 2013 report of the Office of the Correctional Investigator reveals that 9.5 % of federal inmates are African Canadian, an increase of 80% since 2003-2004.

The first African Canadian Summit was held on March 21, 2013 and was attended by close to 300 participants from across the Greater Toronto Area.

The second summit is to continue the dialogue with government leaders, key public institutions and community stakeholders.

“We aim to address the root causes of youth violence and the ongoing disparities affecting our community, and develop an action plan that features concrete measures and long-term solutions to ameliorate the imperiled conditions and disparities facing too many in the Black community,” the organizers said.

“Given that 2015 marks the first year of the United Nations International Decade for People of African Descent, we are especially looking forward to having strong representation from the community, political representatives, public servants and social service agencies,” they added.

In February, the Canadian Labour Congress said the upcoming federal elections will present a real opportunity for the Black community to challenge political parties on their social and economic policy records and election platforms.

The CLC put out a statement on African Heritage Month which noted that the month would kick start a decade of political advocacy throughout the world.

“With this year’s election in our sights, we have identified four key issues that resonate with the Black community: jobs, retirement security, health care and childcare,” said the CLC, which underscored this at a “Meet and Greet” of its president, Hassan Yussuff, and executive vice-president, Marie Clarke Walker, with journalists from Caribbean and Black media in the Greater Toronto Area later that month.

Turning its focus to jobs and income insecurity for the Black community, the CLC said workers from the community will be asking the federal government and all federal parties how their national job and training strategy will provide opportunities for Black workers to get good jobs and contribute to the economic and social development of Canada.

“It is not acceptable that in 2011, 13.2% of racialized workers toiled in minimum wage jobs, compared to a rate of 9% for all workers. Among recent immigrants, many of whom are racialized newcomers, 19.1% are working at the minimum wage. This is a rate more than double for the total workforce. More than 30% of self-employed immigrants indicate that their self-employment is due to a shortage of paid work. Among Canadian-born, self-employed workers, that figure is much lower at 20%,” it said.

On April 10, Statistics Canada released its Labour Force Survey for March which indicates that employment increased by 29,000 in March, driven by gains in part-time work. The unemployment rate was unchanged at 6.8%.

In March, employment rose in Saskatchewan and Manitoba, and was little changed in the other provinces.

The survey noted that there were more people working in retail and wholesale trade, transportation and warehousing, educational services and natural resources in March. At the same time, there were fewer people working in construction, public administration as well as agriculture.

The number of public sector workers increased in March. There was little change in the number of private sector employees and the self-employed.

In March, employment rose among women aged 55 and older, while there was little change among the other demographic groups.

In the meantime, the CLC said the federal Temporary Foreign Worker Program (TFWP) brings thousands of migrant workers to Canada from Caribbean countries to work as seasonal farm workers or live-in caregivers.

It said the recent changes by the federal government will negatively affect these workers from communities of African descent, by limiting access to permanent residency and health benefits.

“The work of Canadian unions at the bargaining table and policy level are part of our commitment to improving the lives of workers, and the broad effort in building this country. Statistics Canada predicts that by 2020, due to demographic changes, we will be dependent upon newcomers as the core source for population growth. A study done for the federal government indicates that immigrants and their children will likely make up half of the working age population by 2031. A big percentage of newcomers will be people of African descent,” said the CLC.

It noted that as part of their policy advocacy work, unions have supported employment equity legislation at the provincial and federal level despite the opposition from conservative forces.

“Canada is a country built by Aboriginal peoples and immigrants from around the world. The labour movement wants to ensure that people of African descent have every opportunity to contribute to the social and economic welfare of Canada, without any barriers,” the CLC said.