New in Pride
Home / Sports / Andrew Wiggins: From Hype To NBA Rookie Of The Year 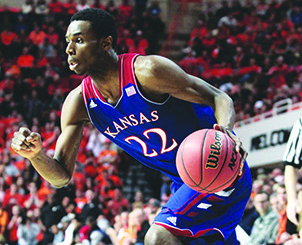 Andrew Wiggins: From Hype To NBA Rookie Of The Year

Canadians are gradually making a name for themselves in the NBA. Twenty years ago, there were only a handful of Canadian-born players in the league.

It was homegrown talent like Bob Houbregs, Bill Wennington, Leo Rautins, Jamal Magloire, Steve Nash and others who paved the way. The initial expectations for this first crop of Canadians in the NBA were low. The country rarely paid much attention to the sport and for a long time, the players were only really known by hard-core basketball/NBA fans. But, times have changed.

Today, players like Tristan Thompson, Nik Stauskas, Anthony Bennett, Cory Joseph, Tyler Ennis, Andrew Nichols and Kelly Olynyk are becoming notorious in the NBA and they’re just some of the talented athletes that represent Canada in the league. One name that is projected to lead the way for this crop of young Canadians is Andrew Wiggins.

Wiggins, a Toronto native, recently accomplished something that no other Canadian-born basketball player has ever accomplished: He won the NBA rookie of the year award.

By winning the award, Wiggins proved that he was well worth the hype that preceded his rookie campaign, and although the country’s basketball weight is not entirely on his shoulders, the expectation is for him to continue to improve and develop into what some hope, is a Hall of Fame-worthy career. 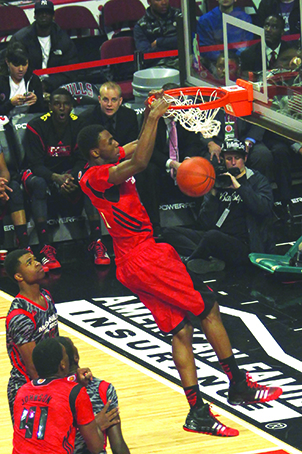 Rooted in the North: The Carter Years

Basketball fans in Canada are genuinely excited for the future of the sport in this country. A nation that breathes, eats and snores anything and everything hockey is gradually seeing the rise of basketball in its urban centres.

In 2009, the Toronto Raptors celebrated the growth of the sport in Canada and provided statistical proof on their website citing Solutions Research Group and Statistics Canada: “Basketball is the fastest growing sport for children aged 5-14, (an increase of 37% between 1998-2005), and it’s the fastest growing and most popular sport amongst visible minorities.”

1998-2005 is eerily similar to the years Vince Carter spent in a Raptors uniform. From 1998 to 2004, Carter influenced kids like Wiggins, and is credited as one of the major influences for basketball-loving kids in Toronto today. Carter’s jaw-dropping athletic feats captured their imagination around the city; he was the one who made children go to their parents and guardians, asking them to erect a hoop in their driveway; asking them if they could join recreational basketball leagues and youth club teams.

And Wiggins is no exception. He has mentioned on many occasions that Carter himself, and the Carter years, were seminal in his love and desire to play basketball.

Like so many kids, Wiggins would sit in the cheapest level seats at the Air Canada Centre and watch the “Vinsanity” in action.

At the time, no one could have imagined that Carter and the Raptors would help spark the basketball flame in Wiggins.

The first time I heard of Andrew Wiggins was while watching YouTube videos of high school basketball players in the US. Promotional mixtapes are the norm when a student athlete has goals of playing college sports and eventually going to the professional level.

I was not watching a high school highlights video of Wiggins, but the side panel to the right, which shows other related videos you can watch, had something in the title that caught my eye. It read:

Maple Jordan? I immediately stopped the video I was watching and clicked to find out who this Andrew Wiggins kid was. It was the usual hoops mixtape highlight format – show a lot of dunks, some dribbling ability and some shots from range – but something stood out to me. I thought, this is the first Canadian kid that actually looks much better than most of his America counterparts.

Almost every dunk had his elbow at or above the rim before throwing down effortless, but yet powerful flushes. He looked skinny but appeared strong and very agile. His standing dunks (ones without a running approach to the rim) showed he had an incredible leaping ability; his elbows still at or above the rim.

The video ended and I excitedly looked for additional content to satisfy my desire to see more of this Maple Jordan. Three things stood out to me after watching a few more videos: 1) the athleticism and explosiveness was consistent; 2) He had a good form and follow-through on his shot; and, 3) his defensive effort was not simply because he had the physical tools to do it, but because he wanted to. In other words, defense is about effort and he showed good effort on that side of the ball.

A Cleveland Minute: Drafted and Traded to Accommodate the “King”?

Months leading up to the 2014/15 NBA Draft, LeBron James was in the midst of his free agency period, and rumors had already been swirling that he might want to return to the Cleveland Cavaliers – the team that drafted him into the league. Most expected that he would return to the Miami Heat, the team with whom he had won two NBA Championships in four years. The consensus was that he would return to Miami so he could avenge the recent loss to the San Antonio Spurs.

His “return” to Cleveland is a well-known story by now – James wanted to atone the damage he created by “The Decision” and wanted to help give the Cavaliers and the state of Ohio their first professional sports championship.

James crafted a poignant letter about why he wanted to go back to Cleveland. He mentioned current Cavalier players that he looked forward to playing with.

But he never mentioned Wiggins!

It might have been that James and the Cavaliers wanted to trade Wiggins in order to get Kevin Love – who wanted to leave the Minnesota Timberwolves for greener pastures. No one will ever know what a pairing of James and Wiggins would have looked like and how exciting that would have been.

Wiggins never played a game in the wine and gold uniform of the Cavaliers.

Some, including Wiggins himself, has alluded that getting to play on a team away from the shadow of LeBron James is a good thing for him. Winning Rookie of the Year definitely supports that theory.

However, I cannot help but think that under the tutelage of James, Wiggins’ career would have a different set of expectations, which would not have diminished his potential greatness.

The Minnesota Manifestation: The Hype is Real

In many more ways, winning Rookie of the Year has validated the hype surrounding Wiggins. His lone college season at Kansas was subpar when one considers how big the hype was surrounding him. Since his high school YouTube highlight days, most people had Wiggins pegged as the future first overall pick in the NBA draft.

As a Jayhawk, Wiggins averaged 17.1 points and 5.9 rebounds per game – numbers that are good for any college kid but somewhat underwhelming considering what was expected of him.

His professional career started off a bit slow. Basketball analysts and fans kept describing him as a player who did not have the aggressive instinct, which would heighten his ability to use all of his physical gifts. In the first two months of his career, he seemed timid at times and was not very aggressive. The spark and turnaround came on December 21, 2014 – a game, fittingly, against the Cleveland Cavaliers and LeBron James.

LeBron’s team won the game but Wiggins showed the basketball world that he was not timid at all; he tallied 27 points and 6 rebounds. From that moment on, it seemed he was at ease in his skin, as the face of the Timberwolves franchise. His incredible dunks on opposing players (ahem… Rudy Gobert) were not LeBron-esque… they were Vince Carter-esque. Quite fittingly!

There were moments when one would be watching and Wiggins’ confidence would show – it was the confidence of someone who might one day be the face of the league, just like James.

The road to that point is very long and arduous. Wiggins has the tools and the proven drive to get better. According to the Timberwolves website, Wiggins “was the only rookie and one of just 11 players, to start all 82 games this season and finished with a Wolves rookie record 2969 minutes played, second-most in the NBA (James Harden, 2981). Wiggins finished the season strong by averaging 23.0 points, 6.0 rebounds and 4.0 assists in April.”

If his career unfolds as most Canadian basketball fans hope it will, the league’s best player will one day be Wiggins.

For now, we will revel in his historic accomplishment; the first to do so as a Canadian.

The NBA’s Rookie of the Year: Toronto, Canada’s own – Andrew Wiggins!