New in Pride
Home / National News / Jay Martin And His Daughter, Jalesa, Talk About Her Bout With Lupus And Raising Funds For The Disease 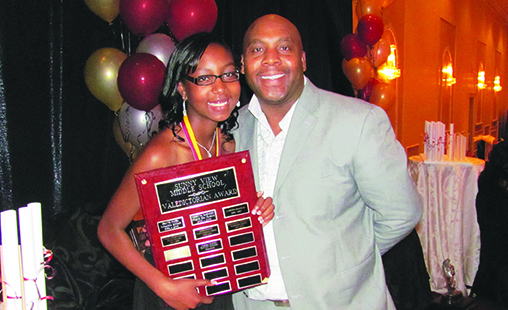 Jay Martin And His Daughter, Jalesa, Talk About Her Bout With Lupus And Raising Funds For The Disease 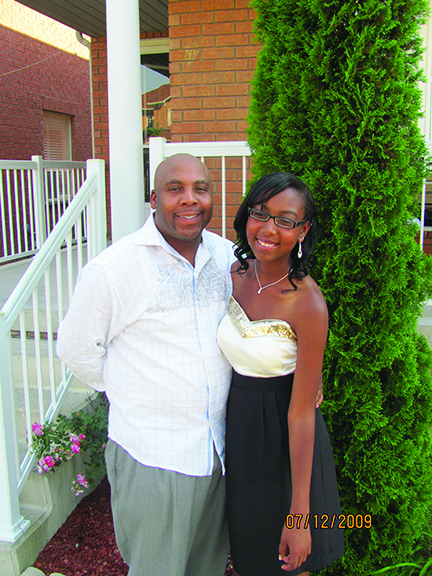 Jay Martin and his daughter, Jalesa, at their home. photo courtesy of Jay Martin.

TORONTO, Ontario — Rarely do we understand the daily lives of our peers or public figures—comedian Jay Martin is no different.

I had a conversation with my friend, Jay, about his experience with his daughter, Jalesa, who, diagnosed two years ago with Lupus, recently went through an episode that required hospitalization.

Speaking with Martin, it brought to mind how many people still do not know about the intricate disease called Lupus; as a society, we still have much to learn.

With World Lupus Day set for Sunday May 10, I was pleasantly surprised when Martin indicated that his annual Mother’s Day show, “Trinidad vs. Jamaica Comedy Clash—The Kings and Queen of Caribbean Comedy”, will be in honour of not just mothers, but also in honour of his daughter and those dealing with lupus.

Partial proceeds will be donated to lupus research; one highlight of the weekend will be the CN Tower lighting on Mother’s Day eve.

In an exclusive interview, below, with Pride News Magazine, Martin and his daughter, Jalesa, talk candidly about her battle with Lupus and fundraising for the disease.

Pride News Magazine: Why are you doing the show?

Jay Martin: Eleven years ago on Hellshire beach in Jamaica, Trinidad-born comedian, Jean Paul, and I came up with the idea of a comedy show that would put our two proud islands together in a clean comedic battle.

Our first Mother’s Day show was a success, selling out 1,800 seats at the Toronto Centre for the Arts. It helped that the show was hosted by Canadian comedic legend, Russell Peters, but from that day, we never looked back.

We were going to stop after 10 years, but so many have made this show a part of their Mother’s Day tradition. Jamaica National’s [Chief Representative Officer] Jerrold Johnson saw the show and loved it, and decided this year to present it. With the demand from our audience and the impact from our annual fundraising efforts, we had to continue this legacy.

Pride News Magazine: What is the show about and what should the audience expect?

Jay Martin: The Trinidad vs. Jamaica Comedy Clash presented by Jamaica National is a clean comedy show, with a cast of the Canadian-Caribbean Kings and Queen of comedy. It is a punctual two-hour show including intermission with skits, comedy, music and prizes. The cast of award winning laugh doctors include myself, Jean Paul, Marc Trinidad, and Marcia Brown, all hosted by African comedian TRIXX. Music will be provided by DJ DOC from 105.5 FM representing TNT and DJ Jr. Vibes from G987 FM representing Jamaica.

Jay Martin: I chose Mother’s Day because I figured it would be the best of both worlds. I lost my mother to cancer at an early age, and I see the show as a happy memory for her and anyone else who has lost a mother. We can laugh instead of mourn, even if it’s just for a moment. This year was better than ever because of the connections between my daughter and mother— my daughter, Jalesa, was born on August 31, the same day as her late grandmother. My daughter also lives with lupus, and with Sunday, May 10 being not only Mother’s Day, but also World Lupus Day, this show and date is perfect. How often do you get a chance to honour your daughter and mother on the same day? It’s all truly a gift sent from heaven.

Pride News Magazine: Tell us about your journey with your daughter and lupus.

Jay Martin: The journey has been a long and challenging one with many ups and downs. The countless visits to Sick Kids Hospital have led me to feel extremely depressed, yet blessed at the same time. At times when thinking the worst, I wondered how I could do what I do for a living—making people feel good—when inside I was feeling horrible.

However, laughter is therapy and as a laugh doctor, people need me. This journey with lupus is just like life—it is a real roller coaster filled with unexpected twist and turns. Now that we’re partnering with Lupus Ontario and the Vaughn CariFest Autoimmune Centre, we hope to make the journey to awareness, advocacy, and cure development a smooth ride.

Pride News Magazine: How has this affected you as a dad and your family as a whole?

Jay Martin: As a father, especially one that is in the public eye, I find that it has two extremes. On one side, I like to keep my personal life and family private. Coming from a family with a celebrity (old brother Devon Martin aka Mr. Metro), I never wanted any expectations to be placed on my children. But on the flipside, my popularity allows me to create awareness, and connect some big names to a very worthy cause. In all, this has brought my family much closer together, and to an even closer relationship with God and his word.

Pride News Magazine: What would you like the community to know?

Jay Martin: A major upcoming event is the CN Tower Lighting Celebration for World Lupus Day. Lupus Ontario is thrilled to have the CN Tower light the night with red and white, to commemorate those who live with lupus worldwide.  The evening of May 9, 2015, the CN Tower will be lit overnight, rolling into World Lupus Day on May 10, 2015. I would also love for my community to know that they can come and support an amazing cause on Mother’s Day simply by laughing out loud! $20 is a small price to pay for two hours of belly busting laughter at our Mother’s Day Comedy Clash. I just can’t wait!

Pride News Magazine: How has lupus affected you?

Jalesa Martin: Lupus has largely impacted every aspect of my life, but through everything, it has brought me closer to God.

Lupus is an auto-immune disease that is very unpredictable. Living with lupus has allowed me to appreciate the simple things in life and to solely depend on God when dealing with the ups and downs of living with this disease.

Although it has changed my life in regards to relationships with friends, family, and my education, it has sparked a new passion. I plan to become a Paediatric Rheumatologist and let kids with Lupus know that they can still accomplish their dreams.

Pride News Magazine: What would you like to see happen?

Jalesa Martin: In regards to Lupus awareness, I would definitely love to see more people learning about Lupus, not just as a disease, but also about the immense effects that it has on the body. When I tell people that I have lupus, I get one of two answers: “What is that?” or “But you don’t look sick!” One thing I would love for people to be informed about is that, Lupus is an invisible illness that does not always have external effects on the body.

Although we don’t look sick, many things are going on inside our bodies and causing us pain internally. I would also love for new treatments to be developed which have less long-term side effects on people with Lupus.

Over 1 in 1000 Canadian men, women and children are living with lupus. The ratio of women to men (who are affected) is 9:1. and the average age of diagnosis is between 15 and 45.

The auto-immune disease, is a type of self-allergy, whereby the patient’s immune system creates antibodies which instead of protecting the body from bacteria and viruses attack the person’s own body tissues. This causes symptoms of extreme fatigue, joint pain, muscle aches, anemia, general malaise, and can result in the destruction of vital organs. It is a disease with many manifestations, and each person’s profile or list of symptoms is different. It is often referred to as “The Disease of a 1000 Faces.”

There is no single test that can definitely say whether a person has lupus or not. Only by comprehensive examination and consideration of symptoms and their history can a diagnosis be achieved.

New research brings unexpected findings each year. The progress made in treatment and diagnosis during the last decade has been greater than that made over the past 100 years. It is therefore a sensible idea to maintain control of a disease that tomorrow may be curable.

If you would like to know more about lupus, please visit www.lupusontario.org

Join us as we celebrate Mothers, raise some funds for lupus and have a good belly laugh. The very special event promises to be time well spent, with Team Jamaica Marcia Brown and Jay Martin vs. Team Trinidad Marc Trinidad and Jean Paul.

The Trinidad vs. Jamaica Comedy Clash—The Kings and Queen of Caribbean Comedy Edition Fundraiser for Lupus will hold two shows on Mother’s Day, Sunday May 10, at 2:00pm and 6:00pm at the St. Lawrence Centre for the Arts. Advance tickets are $20.00 each.