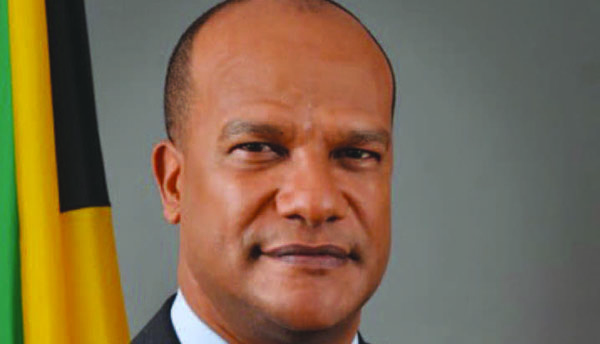 KINGSTON, Jamaica CMC — National Security Minister, Peter Bunting, has described as “most fundamental and far-reaching,” amendments to the Dangerous Drugs Act that has resulted in the decriminalization of specified quantities of marijuana.

Bunting, addressing residents of Western Westmoreland who organized a meeting to discuss the recently passed legislation, said that for “decades”, the possession of small quantities of marijuana or  ganja as it is popularly known here, resulted in “friction” with the police.

“Communities saw young men who they did not regard as criminals being arrested, fined, and sometimes, sentenced for possession of ganja. It gave them criminal records … eventually limiting their life chances,” he noted.

Bunting said against this background, the Portia Simpson Miller administration took the decision to de-criminalize possession of small quantities of ganja, while initiating a licensing regime for medical and medicinal research.

“Since about September last year, when those new guidelines (were initiated), we have had over 1,000 fewer persons arrested and charged for ganja every single month since (then).

“Since the beginning of this year, to date, relative to last year, we have had about 5,000 fewer persons charged, which makes an enormous difference … as I believe that the police must use their (resources and energy) going after the real problems in crime, such as…violence… which should remain their primary priority,” he argued.

Tourism and Entertainment Minister, Wykeham McNeill, the parliamentary representative for the area, urged residents to educate themselves on the potential opportunities which can result from amendments to the laws governing ganja use.

“The recent amendments to the Dangerous Drug Act open up a lot of opportunities, and as government, we want to ensure that Jamaicans at all levels can be involved in these opportunities and possibilities, as the legislation takes effect,” he added.

The government has said, that the objective of modifying the Dangerous Drugs Act is to lay the foundations for the establishment of regulatory regimes to govern the cultivation and use of ganja, for medical and scientific purposes.

Meanwhile, Justice Minister Mark Golding has told a United Nations General Assembly High-level Thematic Debate on the World Drug Problem last week, that experience over the past decades has taught that the world drug problem has multi-faceted implications, and that past approaches, including the so-called “War on Drugs”, have not achieved their goals.

He called for a re-evaluation of the global drug policy paradigm, with a view to implementing a more holistic approach to addressing the world drug problem.