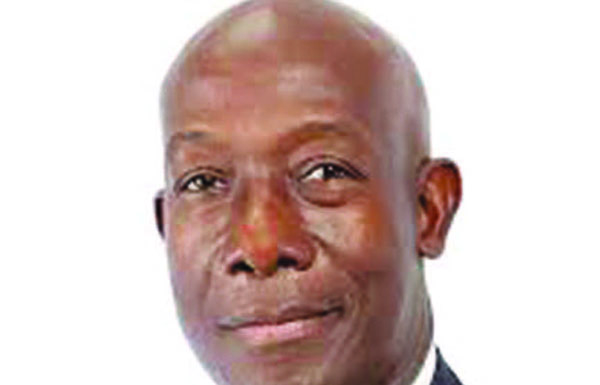 PORT OF SPAIN, Trinidad CMC – The National Energy Corporation of Trinidad and Tobago Ltd (NEC) has confirmed reports that millions of dollars had been siphoned from its account, as Opposition Leader Dr. Keith Rowley has vowed to expose corruption within government and state agencies in the lead up to the general election later this year.

Rowley, who was suspended from Parliament, earlier this year, over his disclosure in Parliament of several emails that allegedly linked Prime Minister Kamla Persad Bissessar and senior government ministers to an attempt to undermine several independent institutions, including the judiciary and the media, last week Thursday, told a public meeting that TT$60 million (One TT dollar) had been illegally removed from the accounts of the state-owned oil company, Petrotrin.

“So those who stole your money in 2011 can go off on their yachts and sip champagne and smoke cigars, encouraged by the people of Trinidad and Tobago,” said Rowley, who waved a folder containing emails he said about the illegal transfer of the money.

He said, Finance Minister Larry Howai was in charge of the state-owned First Citizens Bank (FCB) when the Petrotrin illegal transfer to accounts in Dubai, Antigua and Barbuda and the United States took place..

Rowley told supporters normally he would have gone to the Parliament to seek answers, but since he was no longer there he would bring them to the people via the platform.

He said in September 2011, there were three wire transfers in US dollars to banks in Dubai, the United States and Antigua.

“Those three transfers were people or persons stealing $60 million out of the NEC account,” he said, adding that the NEC auditors picked it up.

In a statement, NEC confirmed that there had been “three fraudulent wire transfers to Boston, Antigua and Dubai, which occurred in September 2011.

“Please be advised that the matter was subsequently reported to Fraud Squad Division of the Trinidad and Tobago Police Service. A report was also lodged with the Financial Intelligence Unit (FIU), as well as the Ministry of Energy and Energy Affairs.

“Simultaneously an independent internal investigation into this matter determined that the wire transfers were fraudulently prepared outside National Energy’s internal processing system and processed using procedure which was not standard for the confirmation and validation of our wire transfers.

“It was recommended that the matter be referred for criminal investigation, which was already initiated by National Energy.”

NEC said that “to date, 58 per cent of the money has been recovered from the recipient banks in Boston and Antigua, and we are assiduously pursuing the recovery of the outstanding 42 per cent which is being held by the National Bank of Abu Dhabi, where the courts have convicted the recipient.”

But Antigua and Barbuda Attorney General Steadroy “Cutie” Benjamin, whose private law firm had been linked to the wire transfers, told the Trinidad Express newspaper Saturday that  his company had never received any cash from Trinidad and Tobago.

Benjamin is quoted as saying that though his com­pany’s name appears as receiving US$4,633,717.00 from NEC, this transaction never occurred.

“I can tell you there has been no transfer of any funds whatsoever to my law firm,” he said, explaining that since he assumed the post of Attorney General, his son has been managing the firm.

He said his son was acting on behalf of a client from Trinidad and Tobago who was interested in purchasing land in Antigua.

“It was my son who was acting at the time for a client in a matter. Arrangements were made and no funds ever, ever came to any accounts in Antigua and Barbuda from the client overseas.

“My understanding is that there was an arrangement to purchase some land in Antigua. My young son, who had just started law practice, came to me for advice about the matter, but no funds ever, ever was transferred to our accounts in Antigua,” Benjamin told the Trinidad Express newspaper.

He said that his son had enquired from personnel in Trinidad regarding the purchase of the land by his client. Benjamin said his son did this to verify some of the documents presented were authenticated.

, “The client was supposed to get back more information and his client never sent it,” Benjamin said indicating that his son had requested certain documents from the un-named client.

“My son gave a deadline and unless the documents reached Antigua, then business couldn’t be done. The matter never came to ­fruition and no monies were ­received by myself, my son or my law firm. Not one red cent came,” Benjamin said.

Benjamin also said he was never questioned by law enforcement, either in his country or by T&T police, regarding the transaction.

The Trinidad Express newspaper said it had also contacted the Police Commissioner in Antigua who confirmed that he was aware of the investigation.

“We have to wait on Trinidad to give us data. Trinidad, NEC, they haven’t moved one foot since they sent the report to us. We requested additional information and haven’t gotten any.

“They did an internal audit and found that $60 million Trinidad and Tobago dollars was missing and after sending us a request nothing happened after 2011, no further information came to us.”

The newspaper said that the company named in Dubai does not exist and the US-based company also denied ever receiving money from NEC.

“I’m not aware of anything like that. We are in the food business with T&T, not oil or gas. I deal with all the finances in my company and I’m not aware of this,” Delmaer H DeVos,  the manager of the company told the newspaper.