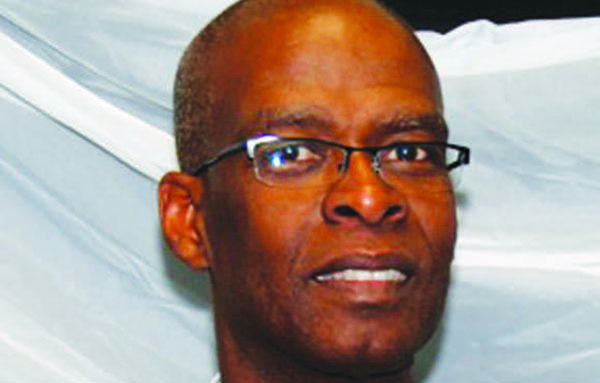 Photo above is of Dr. Carl E. James.

PEEL REGION, Ontario — A new report focusing on the well-being of Black youth in Peel finds that many of them feel unwanted, devalued, and socially isolated.

The 2015 F.A.C.E.S. report – Facilitating Access, Change and Equity in Systems – examines the social well-being of Black youth in Peel Region and the supports needed to ensure the opportunity to thrive.

It is the outcome of research by United Way of Peel Region’s Black Community Advisory Council, in collaboration with the Social Planning Council of Peel, the Black Community Action Network and F.A.C.E.S. Collaborative.

The research presented is a compilation of demographic and socio-economic data, as well as interviews with service providers and Black youth themselves.

Among the key findings are that there are 116,225 Black persons living in Peel Region and that between 2001 and 2011, the Black community grew by 64%. Children and youth make up 44% of this population.

“The findings tell us many things – including that there is a shortage of culturally appropriate programs and services needed to support Black youth in Peel,” said Sharon Douglas, United Way Peel Region’s director of community investment and staff lead to the Black Community Advisory Council. “The exclusion of racialized youth has significant implications today and tomorrow. One person not included in Peel, is one person too many.”

Shelley White, president and CEO, United Way of Peel Region, said the release of the report is the beginning of many conversations with partners to continue to build sustainable solutions.

“We use research to identify community needs and work together to meet those needs. United Way’s key role is to bring together leaders from all sectors and residents to build collective responses to the root causes of poverty. Barriers to social inclusion and racism continue to play a significant role in the cycle of poverty,” she said.

White said the unemployment of Black youth is shameful and something that needs to change.

Peter Amponsah of Peel Children’s Aid Society and a member of F.A.C.E.S. Collaborative said the report is a good basis for the type of conversations that he would like to have.

He said the Danzig shooting and other incidents spurred discussions about the need to be responsive to the needs of Black youth in the Region of Peel.

They decided to include an equity framework that looked at inclusion and inclusivity and wanted to capture the voices of youth in the participatory-action research. Youth researchers were used to gain the qualitative information that buttresses the report.

“A conversation can lead to three years of intensive work,” said Amponsah, who noted that the process was genuine and is meant to bring about creative change in the community.

Dr. Grace-Edward Galabuzi, associate professor at Ryerson University, said the report was important for how the Black community defines itself in Peel.

He said it was a community project in which community researchers, young people, were central to it.

Debunking that, he said research he did in the 1990s showed that the Black community has been in Peel Region for a long time. 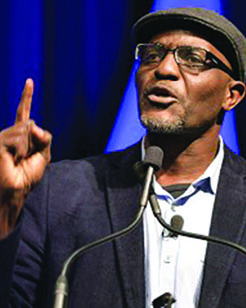 Galabuzi said the capacity for the community to drive change in the region is very real.

Tana Turner, a consultant who prepared the report with Dr. Carl James, director of the York Centre for Education and Community, said the research also involved parents, teachers and those who work with Black youth.

James said it was significant that the report was launched on May 4, the 23rd anniversary of the Yonge Street Riot and that the situation about Black youth captured by the Stephen Lewis Report then continues today.

“The data told us that they feel as much streamed in school and over-disciplined in the schools because of their race. They feel that they are targeted by police, they also told us that they experience discrimination in their own communities. There have been a great deal of research on the issues facing Black students and Black youth, in particular, but none have focused on Black youth in Peel in the way that we are doing here today,” he said.

He said the research is exploratory and what it might suggest is the need for further data, further evidence, and “we can only use and move with evidence in order to really address some of the youth experiences and other things as well, other than just this research evidence.”

Service providers also indicated that there is a shortage of culturally appropriate and accessible programs and services to support Black youth in Peel.

“In this situation, investments need to be made for supporting mainstream agencies and organizations to better serve Black communities, as well as supporting the development of black human service organizations,” he said.

One of the things James and others have observed in other research projects is that the suburbs are growing as first and second generation Canadians seek a better life away from their communities in Toronto.

He said this is happening in the neighbourhoods that they see as unsafe and therefore they are looking for safe and better education for their children and they see that as possibilities in the suburbs.

“So they believe that the suburbs will be the place to which they should move and they’re expecting a quality of life, only to know that it is not panning out as they think,” he said, questioning what does this say in terms of generational differences between parents and children.

He also underscored the need for disaggregated data to enrich research.

“One of the first things Canadians, all Canadians, should insist on is having much more rigorous, much more informed census. We need to push better census data if we’re going to be able to move on some of the issues that we need,” he said.

Dr. James noted that the reality is that the border between Peel and Toronto has no barrier to discrimination and marginalization.

“Black youth in Peel, Toronto, and I’m sure the rest of the GTA and Canada face the same barriers to success and the same systemic forces that marginalize them. We hope that this report brings some of this to light and will encourage further action and, of course, further research in order to help tease out some of the things we were not able to say today,” he said.

The BCAC serves to give voice to the needs and challenges faced by the Black community. Members come from all walks of life, including business, health, education and social services.