New in Pride
Home / Arts & Entertainment / Vigilante — The Crossing, A Film From The Caribbean, Debuts At Cannes Film Festival; May Change Views On Race Relations 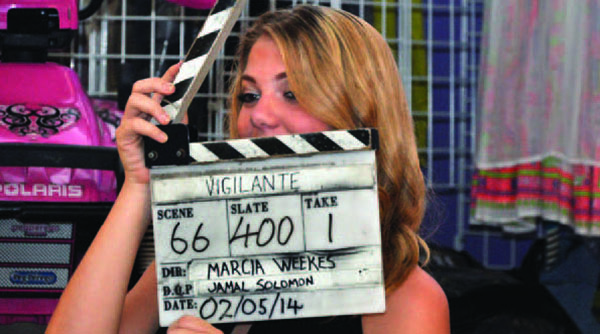 Vigilante — The Crossing, A Film From The Caribbean, Debuts At Cannes Film Festival; May Change Views On Race Relations

Coming right after its World Premiere in Los Angeles at the Pan-African Film Festival, this racially-charged movie from the Caribbean which supports the idea that we are all one race will be screened in Cannes Marche Du Film on May 20, 2015.

Vigilante – The Crossing, is a new film that explores the racial and social barriers in the Caribbean.

With this film, the Caribbean introduces the world, to a riveting, action drama that depicts the beauty and warmth of the Region, but also explores some of the harsh realities of Caribbean life.

The movie serves as a microcosm to the current race relations battle taking place globally, with the purpose of helping moviegoers realize that we are all one race.

“Vigilante – The Crossing looks at racism from a very new and fresh perspective,” says the Jamaican-born Writer and Director Marcia Weekes. “It seeks to promote the idea that the only true race is the human race.”

In the film, ex-con Dexter Gooding (played by Kirk Brown), is deported from the US and returns to Barbados to discover his homeland engulfed in crime. Armed with the guilt of his past crimes and a genuine passion to see his birthplace thrive, he takes on the role of vigilante.

Employing a Robin Hood-style warfare, he soon collides with Amy, a white Barbadian woman (played by Malissa Alanna), who deploys a polar opposite, Martin Luther King-like approach to helping the same community. As the boiling pot of racial prejudice, passion, love and hate erupts, their lives and shared mission reach a crucial crossroad.

“I find it very timely that a film promoting the idea of one race would become available to the public at a time when society is experiencing a period of serious racial turmoil,” says David Weekes, executive producer of the movie. “It is a time when much dialogue and understanding between races is urgently needed.”

While Vigilante –The Crossing is currently released in Barbados, the remainder of the Caribbean will have the opportunity of seeing the film in June 2015. Please check your local cinemas for details.

For more information on this riveting and timely film, please check out the website www.vigilantethemovie.com