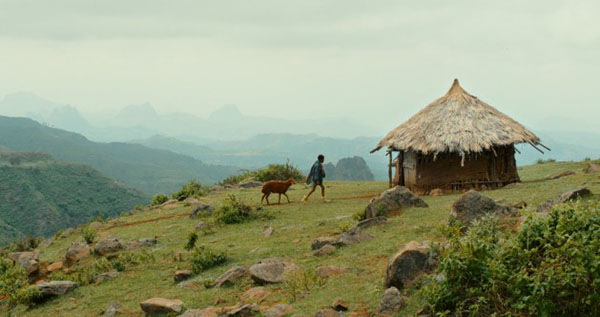 Photo above: A boy, a sheep and a stunning mountain landscape, the three stars of ‘Lamb’, Ethiopia’s first entry in France’s prestigious Cannes International Film Festival, a film which subtly highlights gender issues, the ravages of drought and the isolation that comes from the feeling of not belonging. Photo credit: Courtesy of Slum Kid Films.

By A. D. McKenzie
IPS Correspondent

CANNES, France (IPS) — A boy, a sheep and a stunning mountain landscape. These are the three stars of Lamb, a poignant film, directed by 36-year-old Yared Zeleke, and Ethiopia’s first entry in France’s prestigious Cannes International Film Festival.

The film was warmly received at its premiere this week, with the director and cast receiving applause. It is slated for general French release later this year, Zeleke said.

Shot in the highlands and forests of northern and central Ethiopia, Lamb  tells the story of nine-year-old Ephraim (Rediat Amare) and his beloved pet, a sheep named Chuni. The animal follows Ephraim around like a devoted dog, and plays the role of best friend, albeit one who can only say “ba-ah”.

When the film begins, we learn that Ephraim has lost his mother in an ongoing famine and, in order to survive, his father has decided to take him to stay with relatives in a remote but greener region of their homeland, an area of intense beauty but increasing poverty. Ephraim will have to stay there while his father seeks work in the city, not knowing when he can return.

The relatives are an intriguing bunch. There’s the strict farmer uncle who thinks Ephraim is too girly (the boy likes to cook), his wife who’s overworked and worried about her small, sick child, a matriarchal great aunt who tries to keep the family in line with a whip, and an older girl cousin – Tsion – who spends her time reading and with whom Ephraim eventually bonds.

Soon after arriving in their midst, Ephraim is told by his uncle that he will have to learn what boys do: he will have to slaughter his pet sheep for an upcoming traditional feast.

The news pushes Ephraim to start devising ways to save Chuni, and that forms the bulk of the storyline, while the film subtly highlights gender issues, the ravages of drought and the isolation that comes from the feeling of not belonging. Throughout it all, the magnificent rolling hills are there, watching.

We learn in passing that Ephraim is half-Jewish through his mother, whom the relatives refer to as “Falasha people”; but Zeleke says that this is not at all meant to signal division, because Ethiopians generally do not identify themselves by religious affiliation. In fact, the Christian relatives all seem to have admired the mother.

They attribute Ephraim’s skill at cooking to her teaching, and some of the most moving moments are centred on food – feeding and being fed by a loved one.

The film is dedicated to the director’s grandmother, and another striking element is how sympathetically women are portrayed, although Zeleke told IPS that this was probably done more “semi-consciously” than on purpose. 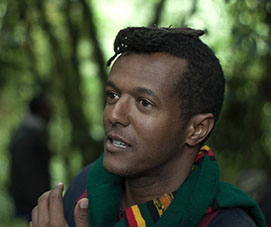 In  Lamb, Tsion – played by the smouldering Kidist Siyum – is shown as smart and knowledgeable, but her love of reading is considered useless by the family because it does not get the back-breaking household chores done. Ephraim’s ability to cook and sell samosas on the market is seen as more helpful, drawing attention to some of the burdens of childhood in poor countries.

Tsion is eventually pushed to make a sad choice, leaving Ephraim more alone than ever, but the film ends on an upbeat note, with the possibility of acceptance. A simple and unforeseen act of kindness towards Ephraim by Tsion’s abandoned suitor might trigger most viewers’ tears.

As a first feature,  Lamb  is a glowing success for Zeleke, who grew up in central Addis Ababa and went on to study film-making at New York University, after a first degree in natural resource management and an attempt at a Master’s in agri-economics at a Norwegian university.

“I always wanted to work with Ethiopian farmers, and to tackle the biggest issue facing our country, but in the end, I made up a film about them instead,” he told IPS.

With his credible story and the feel of authenticity, the director shows that he knows his culture and people, while the loving attention to the landscape and the tight focus on his characters also reveals confidence and vision.

Members of the cast equally turn in a fine performance.  Amare Rediat is affecting and sincere as Ephraim, with his huge expressive eyes, and Siyum has a coiled energy that conveys the frustration of a bright girl expected to marry and “breed” quickly because that is her only fate.

This article is published in association with Southern World Arts News (SWAN).