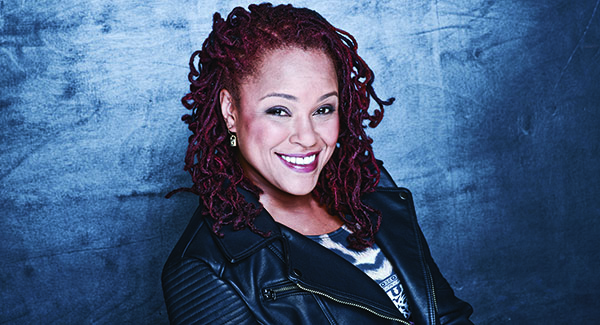 Photo above is of Canadian actor/rapper Michie Mee, who is set to host Honey Jam 20th anniversary party on May 27 at Revival Bar in Toronto. Photo Credit: Denise Grant.

Hosted by rapper/actor, Michie Mee, who performed at the first show in 1995, the celebration will feature some of the hottest female DJs, including “turntablist”, Killa Jewel, from Montreal, and emerging artist, Nefe, who was signed to Universal Music after her performance at Honey Jam last year.

The organization also supports and promotes for women’s charities, such as the YWCA’s programs for women and girls.

The national search for the 2015 lineup of artists has already begun.  Live auditions will take place on Sunday, May 31 and artists outside of Ontario can submit online.

Artists will be chosen by a team of established Canadian music professionals, including songwriter/producer, James Bryan, formerly of the Philosopher Kings; songwriter/music director, Jasmine Denham, of The Next Star; and celebrity vocal coach, Elaine Overholt.