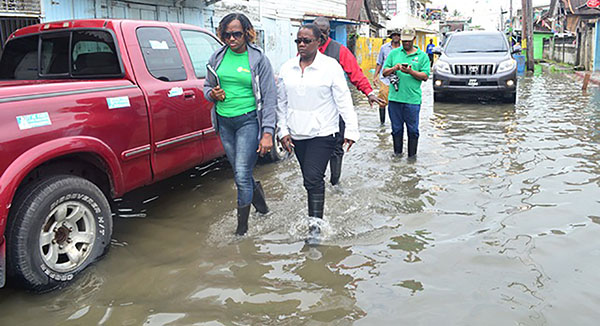 GEORGETOWN, Guyana CMC — The Guyana government Tuesday appealed to residents in low lying areas, to “take necessary precautions against possible flooding” as the inclement weather the country has been experiencing over the past 48 hours, shows little signs of abating.

A government statement said that residents in coastal regions can expect rains, even though there is the possibility of improved weather conditions later on Tuesday.

The statement said that the rainfall is forecast to range between five mm and 35 mm “with the maximum over areas with thundershowers”.

The statement urged small craft operators, marine users and sea bathers to be wary of moderate seas, waves reaching a height of two meters to 2.5 meters in open waters.

“Citizens are advised that above the normal high tide advisory is in effect, and residence of low lying, riverine, and flood prone areas are advised to take necessary precautions against possible flooding,” the statement said.

The government said it is assessing the damage caused by the flood over the past few days. Several schools have been closed as a result of the floods.

One Doctor Killed, Another Injured, During Botched Kidnapping Attempt In Trinidad

U.S. Might Pull Troops From West Africa, But Who Will It Affect?