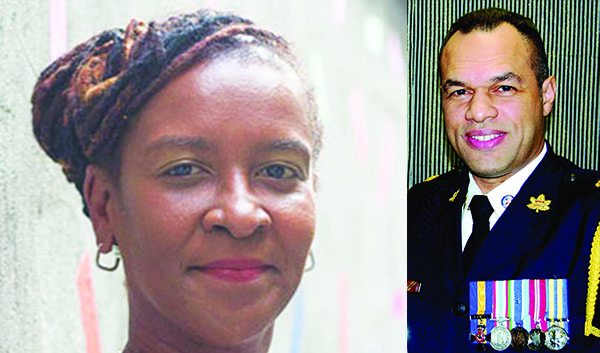 Organised and hosted by Skills for Change (SfC), which, for over 32 years, has supported the integration and well-being of immigrants and refugees in Canada, this year — next Thursday, June 11 — the PfC award will be bestowed upon six individuals, including Sloly and Sadu.

Sloly is being recognized in the “Excellence in Community Engagement” category, for his remarkable and multifaceted work with Toronto Police Services and the Toronto community at large.

Sloly, now in his 20th year with the TPS, is a member of the Police Executive Research Foundation and the Canadian Police College Advisory Board. He is in charge of Community Safety Command (CSC) with 4000 police officers, 200 civilian members and a budget of $451 million.

He has authored several articles for police and justice magazines on topics such as community mobilization, crime prevention, emergency management, and social media.

In addition to criminal justice and command system certifications, Sloly has a Bachelor of Arts in Sociology from McMaster University and a Masters in Business Administration from York University’s Schulich School of Business.

He is a graduate of the FBI National Academy and the University of Toronto Rotman Police Executive Leadership Program. He is a former adjunct Professor at the University of Guelph-Humber and a guest lecturer at the Ontario Police College.

Prior to his work with TPS, he was a soccer player with the Canadian National Soccer Team.

Sadu, a Toronto-based entrepreneur and social worker, will be recognized in the “Excellence in Entrepreneurship” category during the annual award ceremony, which will be a night of glamour and fun.

A woman of many talents, Sadu, has been a community developer, entrepreneur and educator in Toronto for decades. Sadu’s youth entrepreneurship program designs have been adapted as models for job placement opportunities, skill development and leaders-in-training programming.

She is the co-owner of A Different Booklist, one of the few independent bookstores left in Toronto with a focus on finding literary gems that reflect Toronto’s diversity.

Her love for storytelling has taken her into schools where she has developed stories that have a special appeal for children.

In the last few years her stories, which deal with cross-cultural awareness and race relations have been put into print so that even more children can enjoy and learn from them. Some of her award winning children’s books include: How The Coconut Got Its Face, Name Calling, Christopher Please Clean Up Your Room, and Christopher Changes His Name.

Featured on the African Canadian History 2012 Poster, Sadu has contributed to the legacy of African Canadians, is founder of the Annual Walk with Excellence for schools in Toronto west and a founding member of the annual Underground Freedom Ride in celebration of Emancipation Day.

For over 20 years, the PfC Fundraiser Gala and Awards Ceremony has acknowledged the outstanding contributions of immigrants to Canadian society.

Proceeds from the event will support SfC’s programming for immigrant women and youth, in particular the launch of its Intergenerational Health Awareness Program for Newcomer Women.

The PfC Fundraiser Gala and Awards will take place on Thursday, June 11, at the St. James Cathedral Hall in Toronto, from 6 to 10pm.

It will bring together 200 business, civic and community leaders, as well as other activists, for an evening of networking and performances to celebrate the achievements of this year’s honourees and award recipients.

Member for Parliament for Toronto-St.Paul, Carolyn Bennett, will speak during the opening ceremony and other civic leaders will also attend the event.