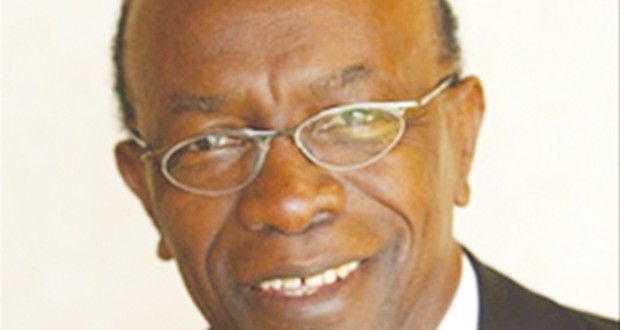 PORT OF SPAIN, Trinidad CMC – Embattled former FIFA vice president Jack Warner says he is fearful for his life but that he will reveal all he knows about corruption at the world football body.
In a paid television broadcast on Wednesday night, Warner, 72, told his audience that he would also link FIFA to the 2010 general elections in Trinidad and Tobago.
Prime Minister Kamla Persad Bissessar has stoutly denied ever receiving funds from Warner for the campaign of her ruling United National Congress (UNC) in the 2010 election, even though Warner, who served as chairman of the party, contested a seat on its behalf.
Warner is one of 14 present and former FIFA officials that the US justice department alleges accepted bribes and kickbacks estimated at more than US$150 million over a 24-year period.
In his broadcast, Warner who stepped down from world football in 2011 following a bribery scandal involving Caribbean football executives, said he had given lawyers documents outlining the links between FIFA, its funding, himself and the 2010 election in Trinidad and Tobago. He said the transactions also included FIFA president Sepp Blatter.
“I will no longer keep secrets for them who actively seek to destroy the country,” he said in the broadcast entitled “The gloves are off”.
As he has done in the past, Warner promised an “avalanche” of revelations to come out and told supporters of his Independent Liberal Party (ILP) how he had used his money to fund education for the wife of a senior government minister.
“Even my brothers and sisters who toiled in the Caroni fields for more than 100 years have been betrayed by this government,” he said, adding “at the age of 72 years. I have no intention of allowing them to deny me of my freedom”.
“I reasonably and genuinely fear for my life,” he said reiterating that he had prepared documents, “including cheques and collaborating statements,” which he has handed to lawyers in case of anything happening to him.
“As I have said to you before, by so doing I have in effect placed the outcome of those matters beyond my own reach, retracting them is not a possibility, there can be no turning back.
“These documents treat with my knowledge and involvement in the following matters. The link between FIFA, its funding and me, the link between FIFA, its funding and the United National Congress and the People’s Partnership government in the general elections 2010. These documents deal with the Section 34 fiasco, they also deal with my knowledge of the transactions of FIFA, including but not limited to, its President Mr. Sepp Blatter,” Warner said.
Warner, who denies charges against him and faces extradition to the US, was released on TT$2.5 million (One TT dollar =US$0.16 cents) bail after handing himself in to police last Wednesday.
Warner’s broadcast came a few hours after the details of the former secretary general of CONCACF, American Chuck Blazer’s 2013 plea bargain were made public.
Blazer admitted that he and other officials had accepted bribes in connection with the 2010 World Cup bid awarded to South Africa.