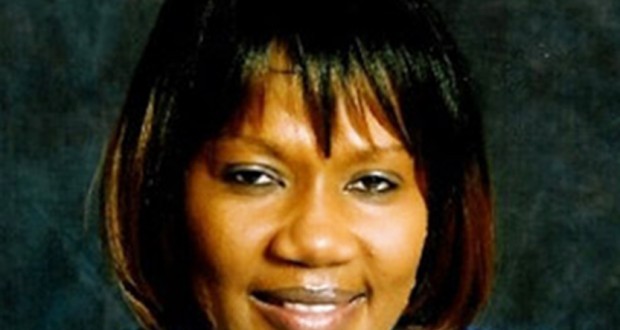 The above photo is of veteran actor and producer, Marcia Brown, CEO of Marcia Brown Productions (MBP).

Marcia Brown Productions (MBP) is in its 15th year of producing a theatrical stage play in the GTA for Father’s Day Weekend.

This year, the company will feature another play from Aston Cooke’s repertoire, “Front Room”. MBP, over the years, has produced several plays written by Cooke, including “Country Duppy”, “Common-Law”, “Children-Childen” and “Single Entry”, and all have been crowd pleasers. Based on this history, it is a fair assumption that “Front Room” will live up to the anticipated expectations.

“Front Room” is a slice of Jamaican life that is nostalgic, spirited, tangy, real and hilariously funny. Set in the inner city of down-town Kingston, the play gives an authentic view of a tenement yard situation, when the biggest room in the yard becomes vacant.

This prized room carries a perception of prestige and is the envy of all the tenants in the yard, particulary Miss Pinky, a bible-touting born-again Christian, who firmly believes she is next in line to get the room, given her “hush-hush” relationship with the landlord, Mr. Keys.

It would also create a good impression on her niece, Peaches, who will be coming to stay with her, while she attends nursing school in Kingston. Miss Pinky is therefore very infuriated when she is side-stepped by Mr. Keys and the room is rented to a total stranger, Miss Melva.

These are all the ingredients needed for a roller-coaster ride, filled with drama and laughter, all larger and more genuine than life itself.

It is the tug-an-war for the vacant room that develops the characters and scenes in “Front Room”. Of course, there are conflicts in relationships among the people, but this does not prevent the community from uniting itself when a member of the yard is threatened.

It is the Jamaica of today that is mirrored in this comedic play — the real builders, the real people, who stalwartly take life’s problems as they come, solve them the best way possible, and move on in their particular way of improving their quality of life.

MBP is known for producing some of the most electrifying and memorable plays in the city, so “Front Room” will no doubt be at its best as the production company’s Head, Marcia Brown, has a reputation for not settling or making compromises with her productions.

She has set a very high standard with the plays produced in the city since 2000, which has earned her much respect and recognition by the Caribbean Community.

Despite this recognition, Brown does not take anything for granted and, quite frankly, works even harder to maintain the standard and expectations by the growing supporters of MBP.

“Front Room” will feature some of the finest actors in the city. Naggo Morris, Letna Allen-Rowe and Damian Brown are household names, not only from their performances with MBP, but also from the work they have been doing in the community, for many years. Joining them will be newcomers to MBP (but not new to the stage) the excitable Andrea Smith; rap artist, Michael Scott (Brown’s son); and the funny stand-up comedienne, Maliaka Bryce.