St. Lucia Not Prepared To Invest In LIAT – PM

BRIDGETOWN, Barbados, CMC – Prime Minister Dr. Kenny Anthony says St. Lucia is not prepared to invest in the cash-strapped regional airline, LIAT, and called on its shareholder governments to bite the bullet and put in place policies that would ensure the financial viability of the Antigua-based carrier.

LIAT is owned by the shareholder governments of Antigua and Barbuda, Barbados, Dominica and St. Vincent and the Grenadines. The four regional governments have been appealing to other Caribbean Community (CARICOM) governments to invest in the airline that services 17 destinations and now involved in upgrading its fleet with a loan from the Barbados-based Caribbean Development Bank (CDB).

Anthony, who was here attending the just concluded CARICOM summit, told reporters that his island has suffered “greatly under the new regime” that the airline is now applying.

“Our citizens enjoy fewer flights, we have also had reports in some countries our citizens are being discriminated against, and they are told by LIAT staff in some of those airports that they cannot assist them because the government of St. Lucia does not invest in LIAT.

“That kind of behaviour is totally unacceptable, unwarranted. St. Lucia is an important destination for LIAT, but I do not believe that kind of pressure should be exerted on St. Lucia merely because St. Lucia does not invest in LIAT.

“The fact of the matter is that we are spinning top in mud and as much as I would  want to see a strong viable regional carrier, it cannot be at all costs, meaning  that you in invest solely because it is a regional carrier.

“There has to be more to it than that,” Anthony said, adding “the reality of the situation is this LIAT may never seriously earn a significant profit, but that is no excuse to ensuring that inefficiency continues”. 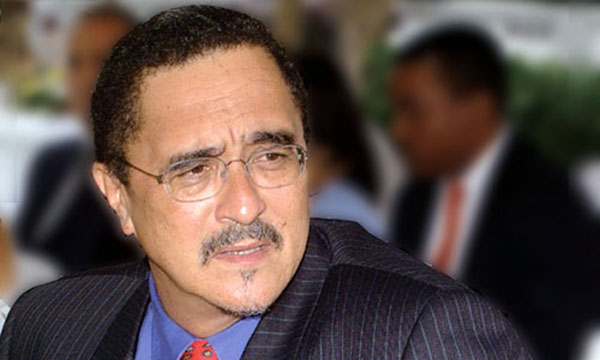 Prime Minister Anthony said that is needed right now is to transform the airline to ensure that it is far more efficient “that it is operated strictly on appropriate financial formula that ensures losses are curtailed and efficiencies are gained.

“I believe that if these things can happen that the future of LIAT will be different, but I am not going to be goaded into supporting LIAT for purposes of nostalgia that is not going to happen in the case of St. Lucia.

“St. Lucia’s position has always been very clear that until and unless there is fundamental restructuring in LIAT, until and unless all understand that they are part of the scarifies that are necessary fo LIAT to survive we are going to maintain our distance,” he added.

Anthony said he has also “made it very clear” that if the governments of the region are going to provide marketing support to other external airlines to fly in passengers into the Caribbean “then it would be discriminatory for that to happen but we are not extending support to LIAT, but the fact of the matter is that LIAAT itself must undergo transformation to be able attract investment by the government of St. Lucia”.

Earlier this year, the financially strapped LIAT announced plans for a voluntary separation package (VSEP) that could result in more than 150 employees being removed from the company’s payroll.

Chairman of the shareholder governments, Prime Minister Dr. Ralph Gonsalves of St. Vincent and the Grenadines, said the plans were to reduce the airlines debt significantly.

He said it would involve reducing the staff number from 800 to about 620, “which should save us about EC$13 million (One EC dollar=US$0.37 cents) per year.

“Of course, we’ll have to pay the severance cost of about EC$22 million.

LIAT said that it had no choice but to trim its workforce indicating that it is spending an estimated 27 per cent of revenue on staffing.

Gonsalves said the airline was also in need of an immediate cash injection to help stabilize its finances, and had approached the CDB for assistance.

CDB is already providing US$65 million to finance the re-fleeting exercise of the airline.

Browne also said the idea of a new airline to rival LIAT was not viable “and it died a still birth”.