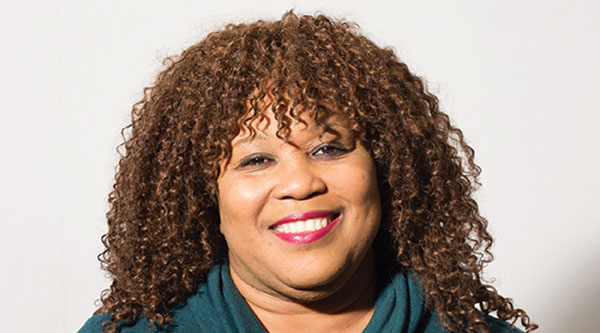 Refugee Claimants Have A Long Wait For Decision

TORONTO, Ontario — Refugee claimants, who arrived in Canada before December 15, 2012, are being reassured by the Immigration and Refugee Board of Canada (IRB) that it is aware that they are anxious to see their claims for protection heard and finalized.

On December 15, 2012, a new refugee determination system came into effect that applied to all refugee claims made in Canada with certain exceptions.

Refugee claims referred to the IRB before December 15, 2012– what the IRB calls “legacy claims” – are not subject to all of the new requirements.

“The IRB is aware that refugee claimants are anxious to see their claims for protection heard and finalized.  This is why the RPD is working to identify and appoint a team of former RPD decision-makers dedicated to finalizing claims made before December 15, 2012 in both Montreal and Toronto, where the bulk of the legacy inventory remains,” says Anna Pape, senior communications advisor at the IRB.

Karlene Williams-Clarke is the LGBT Newcomer Community Services Coordinator at The 519 Church Street Community Centre in Toronto where she has been coordinating the LGBT refugee program, Among Friends, for the past 3 years.

During that time, she has seen many LGBT refugee claimants from the Caribbean and elsewhere who are frustrated about the uncertainty of their situation.

Presently, there are about 150 such refugee claimants in the Among Friends program awaiting a hearing and although Williams-Clarke understands their anxiety she encourages them to be prepared whenever their hearing date is announced.

Of that number, three came in late 2011 but the majority came between January and November 2012.

“They don’t know when they’re going to get it. The most they have to do is continue living their lives, work, do whatever they’re doing, and prepare themselves. Make sure that nothing goes in late because they would have had a number of years to prepare themselves,” she said.

She knows that there are certain things that some people would like to get in, but because of their immigration status it makes it harder but they just have to hold on.

“I’ve seen where some people they’ve been waiting for two, three years and then they have documents that are late and they are refused into evidence.”

Being prepared means updating letters of support and documents that might have expired during the wait and alerting key people that they’ll need certain evidence for the hearing.

“Make sure that they’re putting themselves into position and as they get the hearing date they are prepared. Unfortunately, some of them may not get enough notice for a hearing date,” she said, noting that one of her clients got two weeks’ notice but luckily the woman was prepared and kept handing in things to her lawyer so her documents were ready.

She said just a hand full of her clients have had hearings last year and between January 2015 to now. In some instances, hearings have been postponed several times and not rescheduled.

Williams-Clarke said in one instance, a client who was waiting for a very long time failed a hearing because key evidence that they should have had was missing or came in too late. The required time for documents to be sent in is 10 days and therefore documents sent in two days before a hearing are considered late and will not be admissible.

“It’s frustrating for people. You see people just coming in and getting through before you,” she said.

One of the most important distinctions between new claims and legacy claims is with regard to time limits.

The IRB schedules proceedings based on legislative and operational requirements.

This means that new claims for refugee protection, those referred to the Refugee Protection Division (RPD) after December 15, 2012, must take priority, as they have to be heard within specific time limits in accordance with the law (Immigration and Refugee Protection Regulations).

The IRB will continue to schedule and hear claims made before December 15, 2012 within its existing resources.

“It should be noted that the IRB has made significant progress in reducing these cases. The number of such pending claims has been reduced from over 32,000 in December 2012 to 8,000 as of March 1, 2015,” says Pape.

There are other key differences between new claims and legacy claims such as the Personal Information Form (PIF) will continue to be used for legacy claims. A PIF must be filed with the RPD as required by the Chairperson’s former RPD Rules if one has not been submitted by December 15, 2012, and the time limit for submitting it has not expired. A Basis of Claim Form is not required.

A hearing date before the RPD will be fixed by an IRB official rather than by a Citizenship and Immigration Canada (CIC), or Canada Border Services Agency (CBSA) referring officer.

A legacy claim may be heard and decided either by a Governor in Council (GIC) appointed RPD member whose mandate has not expired and who is authorized by the Chairperson to hear legacy claims, or by a public servant RPD member. All RPD members – whether they are GIC appointees or public servants – have received training to render quality decisions in accordance with the law while respecting the principles of fairness and natural justice.

Decisions on legacy claims are subject to judicial review with leave by the Federal Court of Canada.