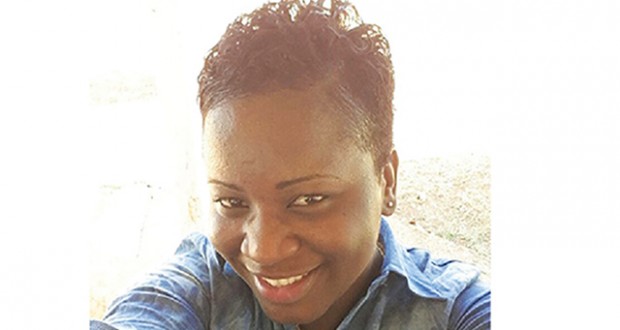 KINGSTON Jamaica CMC – A police officer, who was shot and killed by gunmen as she rode a bus to her home last week, graduated with an Associate of Science Degree in Business Administration, when the University College of the Caribbean (UCC) held its graduation ceremony on Sunday.

Jacqueline Brown received the certificate on behalf of her daughter, Constable Crystal Thomas, 24, who was killed, last week Tuesday, by hijackers of the bus on which she was a passenger.

UCC President, Dr Winston Adams, presented her with the certificate, shortly before the moment of silence in Thomas’ honour was observed.

“I applaud her because, as a parent, she must have made a lot of sacrifices for her daughter,” Adams said.

“I had to encourage her to keep the faith and let her know that we share the grief with her and extend my condolence on behalf of the university,” he added.

Both the government and the opposition condemned the murder of the 24-year-old police officer, and urged witnesses to assist the police in their investigations.

Police say that three people are assisting in the probe.

This is the second occasion that a graduand of the USS was killed prior to receiving her certificate.

Two years ago a female student was murdered by her child’s father two weeks before the graduation ceremony.