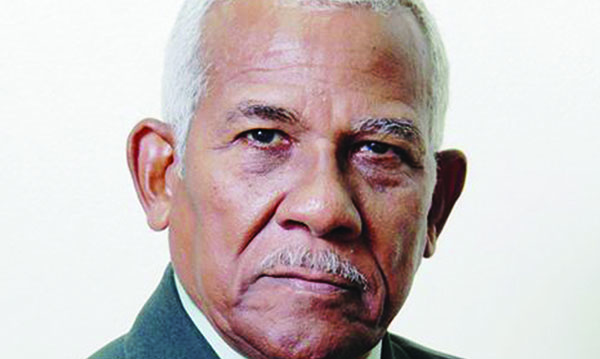 PORT OF SPAIN, Trinidad, CMC – Less than 24 hours after the Trinidad and Tobago government dismissed the allegation by Opposition Leader, Dr. Keith Rowley, that there is a plot to assassinate him, both the National Security Minister, Carl Alfonso, and a senior police officer, have confirmed the plot.

Communications Minister, Vasant Bharath, in a statement on Monday, said, that Rowley’s claim, made at a political meeting in Tobago last Sunday, was completely false and designed to create panic.

“Therefore to make such allegations on a public platform is not only irresponsible and deliberately contrived to create panic, it is also a demonstration of using public platforms to incite the population, rather than to articulate clear plans for the future,” he added.

But Alfonso, who had previously indicated that he knew nothing of the plot, told reporters that he had been “officially” informed by Deputy Commissioner of Police Glen Hackett.

Alfonso said, he was also “concerned” at the alleged threats made during a heated election campaign.

“We must all be concerned as to what is developing in our politics,” he said.

Rowley, speaking at a public meeting of his People’s National Moment (PNM) accused the coalition People’s Partnership government of wanting him dead.

Rowley told supporters that a few months ago, he had informed people in the country that, for the first time “in my 30 years (in public office) I feared for my personal safety”.

“Lo and behold, as I speak to you now, I’m surrounded by people who you pay to protect me from people who will have me killed,” Rowley told supporters.

PNM public relations officer, Faris Al Rawi, said, he was astonished at the government’s “cavalier” response to the allegation and accused Bharath of politicising the matter.

He said, the threat assessment was made by the police and that Rowley had nothing to do about beefing up security around him.

“Reports of an alleged assassination came into the public domain by way of the media’s observation of seriously increased security provided to Dr. Rowley by agencies of the state…and reports had not been put out as political fodder in an election season by the PNM,” he added.