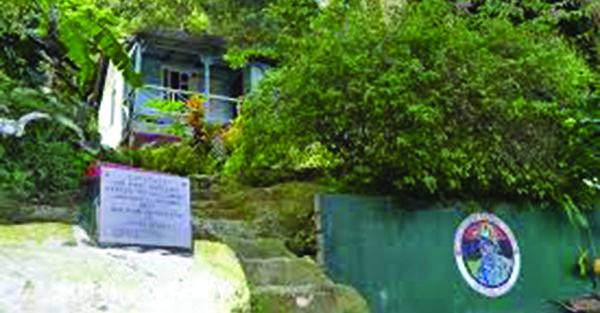 Marcus Garvey’s Home To Be Transformed Into A Heritage Site

Photo above credit: the Jamaica Gleaner.

KINGSTON, Jamaica, CMC – The house in which Jamaica’s first National Hero, Marcus Mosiah Garvey, grew up, will be refurbished and transformed into a heritage site.

Culture Minister, Lisa Hanna, in a message to commemorate Garvey’s 128th birthday on Monday, said the government has moved to ensure that the house, located in St. Ann’s Bay in the northern parish of St. Ann, is preserved.

The property on which the house is located, was declared a protected site in 1992.

“The Ministry of Youth and Culture remains committed to preserving the legacy of this outstanding Jamaican as we are ready to start plans to refurbish the house of Jamaica’s first National Hero and transforming it into a heritage site,” Hanna said.

“We want to create an environment where Jamaicans at home, and abroad, can visit and pay tribute to a man who left a great legacy. It was he who said that ‘a people without knowledge of their past history, origin and culture is like a tree without roots’. Let us continue to embrace our rich cultural heritage and pass on the memories and traditions to the next generation,” she added.

Hanna said, the celebration of Marcus Garvey’s 128th birthday and the 51st year of being named a National Hero, presents an opportunity for the sharing of cultural heritage among the youth.

“Culture is a critical component of who we are as a nation,” she emphasized.