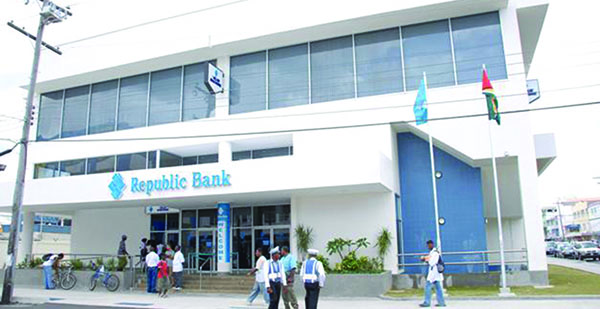 PORT OF SPAIN, Trinidad, CMC – Republic Bank Limited (RBL), one of the biggest commercial banks here Friday denied media reports that it had suspended the sale of foreign currencies, saying that it had instead “tightened controls in the sale process”.

“Republic Bank Limited wishes to clarify certain statements made recently in the local media regarding the suspension of the sale of foreign currency in its branches.

“The Bank has not suspended foreign currency sales; rather, it has tightened controls in the sale process, referring all requests for foreign currency to the Bank’s foreign exchange department for approval,” RBL said in a statement.

The Trinidad Express newspaper Friday reported that the position by Republic Bank Limited to “suspend” the sale of foreign currency meant that customers walking into the bank would not be able to purchase US currency immediately and even then “customers would not get the amount which they have requested”.

The paper quoted the bank’s communication manager Michelle Palmer Keizer as saying that the financial institution would be making no “additional comment…as to why we took the decision”.

It said that from January 1 to August 13 this year, it has supported the foreign exchange market with US$1.5 billion, an increase of US$524 million than the same period in 2014.

“As the largest bank based on market share, RBL receives 25 per cent of Central Bank’s sales to the foreign exchange market. For the year-to-date, RBL has received close to US$375 million, with the latest injection being US$18.75 million … August 13, 2015,” the bank said.

In its statement, RBL said “recently, the foreign exchange market has been experiencing a higher demand for US currency than the available supply, and with the Bank currently holding the largest market share, it has therefore been met with the biggest need to satisfy its customers’ requirements.

“This has resulted in a strain on the Bank’s resources and in order to ensure equitable distribution of the Bank’s available supply to its customers, tighter controls have been put in place.

“Republic Bank maintains its focus on the satisfaction of its staff, customers and shareholders, and remains committed to serving its customers within the constraints of the Industry,” RBL said.