This is a rant.

It is a sports rant but it is also a rant about some of the social ills that black communities, both in the United States and in Canada, are facing. It is about a crippling mindset that some within our communities – a mindset that is displayed on a grand stage because of those who are perpetuating it.

Often when it comes to rants, there are a lot of thoughts and opinions bouncing around in one’s head – so much, it feels like you’re a mosquito in a nudist camp … where do you begin?

I chose to begin this rant with this off-colour humour because the rest of what you are about to read is anything but funny.

This rant is about being dishonest with ourselves – it is in many ways about making excuses for bad behaviour.  This is about accountability, or lack thereof, from our elders and youth. It is about how we sometimes justify really bad behaviour and actions because we are already behind the eight-ball (so to speak) as black men and women in this society. 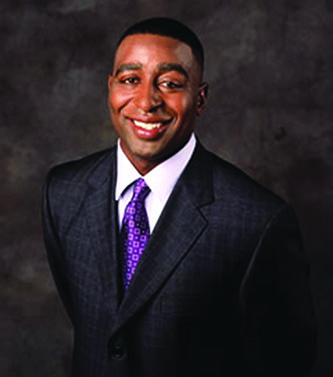 This rant was inspired by Cris Carter.

Here is a brief backgrounder on who Mr. Carter is: He is a Hall-of-Fame wide receiver who played 16 years in the league for three teams – the Philadelphia Eagles, Minnesota Vikings (where he spent most of his career) and the Miami Dolphins. He played every single regular season game for 13 out of his 16 seasons. Needless to say, he was a very durable and consistent wide receiver. On the statistical side of things, Carter amassed over 13,000 yards and over 1000 catches to go along with 130 career touchdowns.

Without a doubt, Carter was one of the all-time greats as a wide receiver. After his playing career, he made a seamless transition to the television platform as an NFL Analyst.

Here is the back story about what Carter said during the 2014 NFL rookie symposium, which led to this rant.

The symposium is a program created by the NFL – it features current and past NFL players who teach best practices and highlight case studies to new players in the league.  Amongst other topics, the symposium touches on how to handle sudden fame, bigger bank accounts, spending and investing wisely, and how to avoid getting in situations that could derail careers and change lives.

Carter is shown in a video, which was presented publicly by ESPN The Magazine, speaking to a room filled with rookies and telling them that they should all have a “fall guy” in their crew.

A fall guy, as in, someone like one of your friends, whose role is to take the heat when the proverbial crap hits the fan. It would seem that the fall guy would be determined by the alpha of the crew – the one who is about to make millions playing football.

When I saw the video I was utterly disappointed that someone in Carter’s position and with his stature and experience was really part and parcel of this idiotic school of hard knocks mentality.

You know, the school from the streets which tells you that “snitches get stitches”, type of thing.

Instead of eschewing situations and behaviours that will land them in trouble, these rookies were being told that it is best to just accept the fact that they will eventually get in trouble. Carter told them that when such a situation arises, the best way to handle it is to predetermine one guy to take the blame. Even if that meant the “fall guy” goes to jail.

I have seen this kind of thing before … in the movies. You know the plot where there is a crew of bad guys and they get in some sort of fracas with another crew of bad guys. Someone gets hurt or killed by one of the main bad guy characters and one of his foot soldiers in the crew takes the rap for him. In the movies, the guy who goes to jail gets “street cred” as being loyal to the cause for making sure that the “most valuable player” stays out of trouble.

I guess Carter figured that there is absolutely no point in trying to be a good citizen athletes.

“…and just in case ya’ll not going to decide to do the right thing, if ya’ll got a crew, you’ve got to have a fall guy in the crew…”

He went on to bring to the stage one of the top rookies in the 2014 class, Teddy Bridgewater, and explains that since Bridgewater is the one making the millions, it is the responsibility of his boys to take the negative heat off him (especially if they want to keep enjoying the residual riches of NFL life).

Looking out for your friend is one thing, because it actually includes preventing your friend from getting into situations where they even need a “fall guy”. Having a “fall guy” is a totally different thing because this notion eliminates good choices, honesty and accountability as options.

“Seeing that video has made me realize how wrong I was. I was brought there to educate young people and instead I gave them very bad advice. Every person should take responsibility for his own actions. I’m sorry and I truly regret what I said that day.”

Carter could really be sincere in his apology but I find myself comparing his remorse with the video of him on stage. His statement to the rookies comes across as something he genuinely believes in – something he subscribed to during his playing days.

The NFL moved swiftly and reprimanded Carter for his comments but this is a league that is becoming notorious for being uneven in their approach when handling players who have gotten in trouble.

Without going into too much detail – the situation is highly public and very well documented – the Ray Rice debacle comes to mind. The league mishandled it initially before public pressure changed their tune towards a harsher penalty.

In recent years, the NFL has faced a rash of domestic abuse situations with a few of its players. Yes, it merely takes a few to negatively taint the majority.

As I get older, with two young sons and my wife, I realize my tolerance for bad behaviour from athletes is wearing thin. Maybe a sports columnist is not supposed to lament this way, but I feel a responsibility to share my opinions about things that keep being lumped into black communities as somewhat okay.

The majority of players in the NFL are black and this is all the more reason why the few who act senselessly and say thoughtless things should not be coddled. I understand that people deserve second chances and I am in support of that.

For example, I believe Ray Rice deserves a second chance. If his rehabilitation, as set by the courts, is going well and he is making genuine amends for his actions, then he should be given a fair chance to fail or succeed at his chosen profession.

I hope you the readers are getting my point here – it is not about condemning Carter for his comments for the rest of his life, but it is about condemning ideologies that set our communities back.

This type of thinking of having a “fall guy” is systemic. It is learned and sometimes groomed in our communities … among our youths … in the movies we make and watch … in the music we create and listen to … and then it is acted out by these athletes who have a lot of influence on our youth.

There is no utopian fix to this systemic behaviour and mindset but a good start is to stand up against bad actions and behaviours.

Doing the right thing should not be a foreign concept to young black athletes; this mindset that Carter mentioned to the rookies is real and it needs to be stamped out completely.

It is about raising the standard of expectations from and for ourselves – it is high time we stop looking for a “fall guy” instead of just challenging ourselves and our children to systematically make better choices.