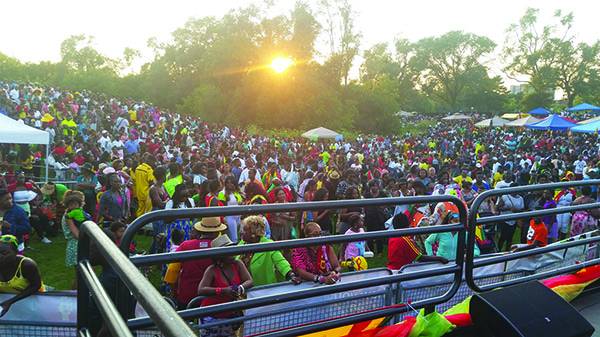 Photo above: A section of the crowd at the 2015 Grenada Day event. Photo by Lincoln Depradine.

TORONTO, Ontario — Grenada soon will have a new top diplomat in Toronto in what the country’s prime minister has described as a rotation of personnel to strengthen the work of the government that was elected to office two-and-a-half years ago.

“This is middle term of the government period, so if you have to make any serious changes, now is the best time,’’ Prime Minister Dr Keith Mitchell told Toronto reporters, pointing out that the rotation has also involved previous reshuffling of permanent secretaries and cabinet ministers.

He confirmed that in the latest move, New York-based Derrick James has been appointed to head the Grenada Consulate in Toronto. James will be replacing C.J. Augustine-Kanu, who has been asked to assume the position of European Ambassador in Brussels, Belgium.

James joined the Grenada diplomat service in 2008 when he was named Honourary Consul General in New York, by the former National Democratic Congress (NDC) administration.

When he eventually moves here, he will still hold the title of Diaspora Ambassador, while also performing consular duties in Toronto.

“That’s the big thrust of the government right now – to get the Diaspora organized in a structure that will bring more benefits to the country,’’ James said in an interview.

“We felt given his personality and his ability to connect with people that it would be good for him to help us in place like Toronto, where they appear to have some measure of difficulties,’’ explained Prime Minister Mitchell.

James said he is looking forward to taking up his post in Toronto, where unity among Grenadian groups and greater networking will be a top priority.

“I have to get used to Toronto. It’s a good experience for me, personally,’’ he said.

Other pending diplomat changes include the reassigning of Denis G. Antoine from Permanent Representative to the United Nations to Ambassador to China; and Karl Hood – a former Grenada foreign minister – is leaving Beijing as Ambassador to China to become High Commissioner in London, England.

The Grenadian leader, James and Grenada’s Honourary Consul in Montreal, Leonard Wharwood Jr., were among several visitors who spent the weekend in Toronto and participated in Grenada Day celebrations last Saturday at Coronation Park.

Mitchell also held discussions with representatives of several Grenada organizations and was the featured speaker at a town hall meeting at York Civic Centre on Eglinton Ave. West.

Mitchell, who met with Prime Minister Stephen Harper about four weeks ago during a Canadian visit, said he discussed the easing of visa travel requirements that now include the need for Grenadians to journey to Trinidad to receive consular service.

“We are not trying to dictate Canadian policy relative to who comes into the country; but, certainly, those who qualify to come should have a much easier time doing so,’’ Mitchell said. 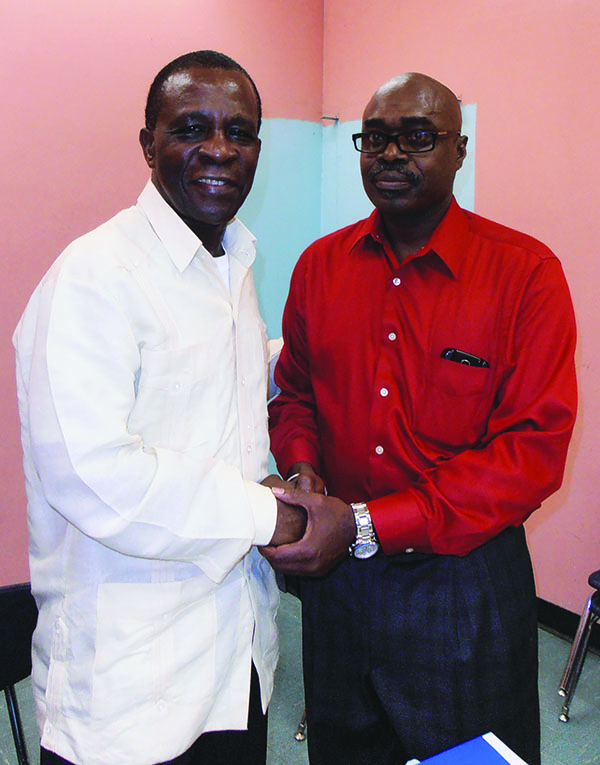 “He (Harper) did ask me to write officially and which I did; and, so, we’re awaiting a response on any action that they thought they could do at this particular time.’’

However, he acknowledged that more needs to be done to further reduce unemployment, to increase housing and to improve the healthcare system, particularly management of the health sector.

“I don’t know how you do that and try to tell me you are part of the international community and that you’re observing principles of justice,’’ he said. “We, in CARICOM, have made it very clear that that situation is totally unacceptable and that we must speak about it.’’

Mitchell refused to make a prediction on the possible outcome of next month’s general elections in Trinidad and Tobago, saying he has “very good friends’’ in the nation’s two major political organizations.

But, he expressed a desire to see T&T playing a greater role in Caribbean affairs.

“Trinidad is a country with enormous amounts of resources and it’s the country in the region with the best prospects for leading the region in many sense of the word,’’ said Mitchell.

“I would hope we could see, in Trinidad, more of an outward look,’’ he said. “I think Trinidad has to play a bigger role than it appears to have been playing over the last 10 years or so.’’

The US presidential campaign, in which businessman Donald Trump is the leading Republican candidate, is an “interesting case’’, Mitchell said.

“My own view is probably you have not seen the real frontrunner yet on the Republican side,’’ said Mitchell, adding that Hillary Clinton could face a tough challenge if current Vice President Joe Biden joins the 2016 Democratic Party presidential nomination campaign.

“But, it may be all good for the process of democracy,’’ Mitchell said.