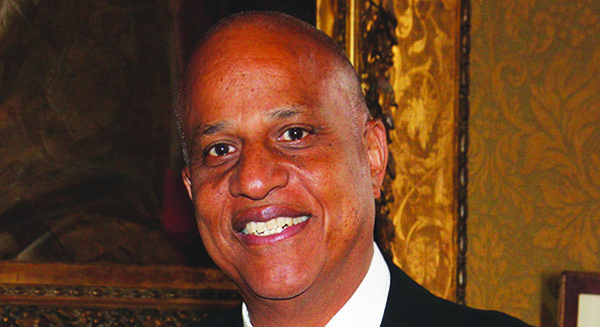 Photo above is of Belize Prime Minister Dean Barrow.

BELMOPAN, Belize, CMC – The Belize government says it has reached an agreement with the Canadian-based Fortis Inc company regarding the nationalization of the Belize Electricity Limited (BEL) dating back to 2011.

Prime Minister Dean Barrow told a news conference that he expects the new agreement to serve both parties well. The issue is now before the Trinidad-based Caribbean Court of Justice (CCJ), but the new agreement is likely to bring an end to the dispute that followed the nationalization of BEL.

Under the agreement, the Canadian company will be paid millions of dollars as well as receive shares in the BEL.

Cabinet on Monday at a special meeting discussed the agreement and it will go to Parliament on Wednesday with the head of state expected to affix his signature to the accord by Friday.

He said the government keeps the rest of the 70 per cent it had acquired, and together with another shareholder, which has 26.9 per cent “we will continue to own well in excess of the 51 per cent mandated in the Constitution and required for majority ownership and control.

“We expect the new arrangement to serve BEL and Belize well. Fortis’ long established multi-national role in energy generation and distribution plus its familiarity with our local circumstances should see it contribute greatly to BEL.’s further advance and development. Their expertise and resources will also help Belize in its quest for energy security and sustainability,” Barrow added.

Fortis Inc chairman, Barry Perry, said that he believes his company’s extensive operational experience and technical resources that Fortis has will prove very valuable to the country of Belize.

“In conclusion I’ll share a short story with you all. At one point in our negotiations the Prime Minister referred to me as the Shiloh. I have to admit I did not know the meaning of the word. I did look it up however.

“It’s a biblical term and it means ‘one who brings peace.’ Prime Minister I hope that what we’ve done today will be the start of a long and peaceful relationship between Fortis and the Government of Belize,” he added.

The government had faced severe criticism over the acquisition and observers here say it will most likely face more criticism at the fact that it had to pay out millions in order to get a settlement.

“We had a philosophical position in terms of nationalism. We felt that government needed to own all the essential utility providers. So in addition to the difficulties that BEL was experiencing at the time of the acquisition there is this overarching consideration of the philosophy of the United Democratic Party (UDP).

“It was on that basis that we acquired at the time. Those very critics said that we would ultimately end up having to pay hundreds of millions for that acquisition…that we would drive away foreign investment. How those words have come back to haunt them”,

Barrow told reporters he disagreed with the statement that the settlement was ‘dear’ saying “that US$35 million for, what would it be, 36…almost 37 per cent of the shares in BEL that government now gets to keep is, I believe, less than half of the value Fortis had put on those shares at the time of acquisition and certainly a huge discount on the share price now if you were to calculate it in terms of the last year end audited financial.

“So I am not going to sit here and argue with anyone who is wilfully blind. Government has succeeded in securing once and for all now majority ownership of BEL and we have done so on terms that I have to feel, and I know all right-thinking Belizeans will share that opinion, on terms that are extremely favourable to this country.”