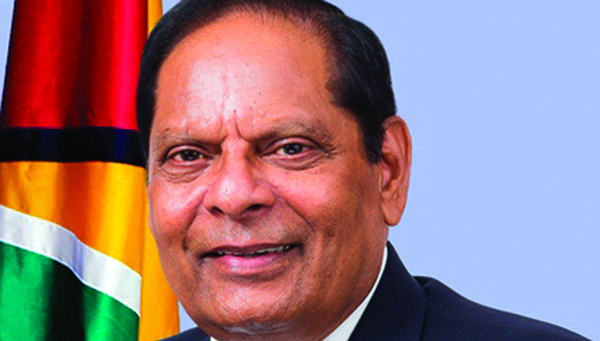 GEORGETOWN, Guyana CMC — Prime Minister Moses Nagamootoo says the APNU+AFC Government will continue to strive for national unity with the opposition People’s Progressive Party (PPP) although they closed the door on talks to that effect.

In response to a request for a discussion on national unity, to be led by the Prime Minister, the PPP said, “If such a move is part and parcel of the so-called “fresh approach” by the APNU+AFC, then it is clearly a non-starter and will end up dead in the water. Knowing the dim view the PPP holds of Moses Nagamootoo, the APNU+AFC by insisting that he is their ‘best man’ who will head its team, must know that that initiative will go nowhere,” the Party said in a statement.

However, in response via a FaceBook post on Saturday, Nakgamootoo said opposition leader Bharrat Jagdeo must jolt himself into the reality, that the People’s Progressive Party lost the last elections and he can no longer call the shots.

According to the Prime Minister, Jagdeo is attempting to “sow his mischief among the Coalition partners, but he lacks the imagination for this. He is just trying what Guyanese would call ‘a thing’…throwing a petard of mischief into our calm political pond.”

Nagamootoo noted that if the Coalition had named President Granger to lead its team, Jagdeo would have reacted the way he “wickedly” alleged during the 2015 elections campaign that President Granger had blood on his hands.

“But, alas! I have seen Jagdeo shaking those hands, once, then twice then again!

I didn’t see any blood dripping from Jagdeo’s hand….I am sincere in pursuing the goals of national unity,” the Prime Minister said

Last week,Jagdeo poured cold water on Nagamootoo’s announcement, that he has been appointed to lead the administration to enter ‘government of national unity’ talks with the opposition.

Jagdeo, a former President, accused the Prime Minister of “politicking” at the Whim Cricket Ground stating that, “I don’t think Nagamootoo can make that offer, I think it was politically done, given the bad reception he had in Whim.”

The Prime Minister has stated, that the opposition could not be left out of the political governance of the country, because that party controls seven of the 10 administrative regions.

Ahead of the general election earlier this year, the APNU+AFC coalition campaigned on, among other platforms, the creation of a government of national unity.

National unity was one of the agenda items discussed at a recent meeting, between President David Granger and Jagdeo.