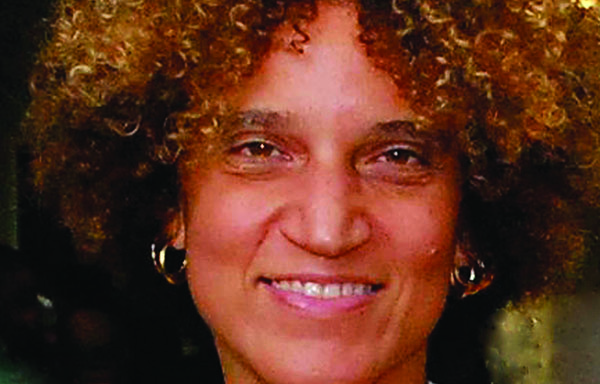 Photo above is of Frances Solomon. Photo credit: CTFF.

“It’s exciting,” says Frances-Anne Solomon, proudly, of Caribbean Tales Film Festival (CTFF) celebrating its tenth year. “It’s been quite a journey and I feel like we’re beginning to see some traction.”

For over four decades many came to know Toronto’s Caribbean community through Caribana.  Now, they have a variety of options, including CTFF.

According to Solomon, the Founder and Curator of CTFF and whose media career began with the British Broadcasting Corporation (BBC), bringing Caribbean films into the North American spotlight of Toronto has been a rewarding endeavor.

“When we first started the festival there was no real brand and no international centre for this brand of Caribbean films…that has completely changed,” states Solomon, crediting CTFF for laying the foundation.

One of the invigorating series this year included a section of films on Caribbean Masculinities, featuring stories from Trinidad, Barbados and Venezuela, epitomizing the non-homogeneous nature of the region.

Caribbean Masculinities is an often underappreciated and an intensely stigmatized concept.

Think of the countless young men carded, shot or profiled on a daily basis, labelled as trouble makers, lazy and up to no good. We’ve been misled to internalized innumerable unhealthy and unproductive notions of manhood within this tropical region, a legacy of its colonized past.

Fortunately, there is the world of artistic expressions, where imagination and reality meet with unpredictable endings.

In showcasing fine Caribbean talent behind and in front the cinematic camera, CTFF shines a beaming, yet deserving light on the issues, challenges and lived experiences of Caribbean men and the many layers which enclose their diverse and shifting identities.

Emerging from the nation which Dr. Eric Williams led into Independence, director, Mariel Brown, in a deep and flowing Trini-tone, relishes in documenting the journey of his father in his film “Smallman:  The World My Father Made”.

Don’t be fooled by the title!  His genius father created marvels of action-figure toys and countless household fixtures, with both child-like innocence and Einstein-inspired impetus.  Almost anything one can imagine, his father knew how to use tools, a vivid imagination, stern vision and an indomitable work-ethic to make it come alive.

Regardless of his father disappointments within the Army, a long-held dream he carried since childhood, the film churns your emotions to feel his pain and the family’s sorrow when his father was discharged.  But Smallman makes us all realize the value we add to the lives of those around us through loving diligence, timeless efforts and a deliberate attentiveness to nurture ones family members and life-dreams, simultaneously.

The big screen shifts to the eastern love-nest known as Barbados for Damien Pinder’s directorial debut Going Beyond, a petite, cute and clever endeavor tracing the lives of a couple in serious flux, with a baby boy ‘bouncing’ in the middle.

Pinder’s sticky-notes reminds us how the challenges of co-parenting stretch us to grow empathy, compassion and understanding even in our darkest of times and contentiousness.

Going Beyond zooms in on the petty and simmering issues which become major conflicts in relationships when one party, the female character in this instance, lacks proper cooperative skills and effort to provide their son the mutual love he requires and desires.

Pinder tries to illustrate the dangers of his female characters’ selfishness and self-centred thinking and judgemental actions in a scenario where a child’s father is more than willing, yearning and uncompromisingly wanting to be a parent of his child’s life.

The child’s well-being and opportunity to be raised by his father, is compromised to quench the power-hungry and controlling tendencies of his beloved mother.

Unfortunately, too many children, this child included, suffers’ in this predicament at the expense of a parental and childish-grudge, fueling the pointless cause of punishing her male counterpart.  Going Beyond tries to avoid easy answers and instead uses imagination to envision a better and more fulfilling reality for a (male) child who desperately needs his father’s love, care and guidance to feel whole in this world.

The examination and complexity of masculinities continues south moving beyond the Caribbean Sea and into the heart of South America.

Director Mariana Rondon’s Pelo Malo, (Bad Hair) in Spanish, is a film set in the concrete jungle of Venezuela where crime, poverty and mindless sex mingle in close quarters.

The story revolves and meanders through the child-like lens of Junior, a boy of mixed race who hates his hair’s ‘curliness’, code word for his blackness, and tries his darnedest, at all cost to keep it straight.  His struggle with his gender and racial identity comes across in anger and frustrated outbursts with his single-parent mother, but without much intense scrutiny.

His faultless in-ability to grasp his own sense of alienation is further contested by his mother’s confusion of mixing his racial identity growing pains and inner turmoil, for him being, you guessed it, gay. Junior is left to fight two conflicting battles; one is his desperate quest to prove he’s not gay or a girl and the other is to rid himself of any trace, root or appearance of blackness by erasing the kinks from his hair.  It is as if he wants to toss his inconvenient black identity and finally exhale, feeling and looking “straight”.

Most of the dialogue is meaningful but perhaps the film tried to chew on two interconnected issues which require mutually exclusive spaces, to be properly untangled, illustrated, digested and understood, especially for a North American audience, many of which are quite privy to the tribulations people of African descent must harshly tolerate in Latin American society where interracial identities stretch from the tip of Ecuador to the scattered Falkland Islands.

The rough race relations and dehumanizing treatment of black Latin Americans continues to be denied, silenced and rejected by those benefiting from its spoils.  Flowing straight hair, which Junior desperately desires, remains stagnant norms to the dismay of those who don’t quite measure up.

The film tries to highlight how poverty shackles those living in its’ clutches and jaws, dying for redemption but it requires further conversation between the youngster and his mother about his masculine development and racial pride, history and culture.  Junior needed to be taught how to cherish and treasure his blackness, in essence, loving himself in every sense of his being, instead of trying to dream it all away.

Tackling poverty, racial identity and sexism in one film becomes an onerous task coupled with directionless sexual exploits proving the desperation those impoverish succumb to over time.  But Rondon deserves some credit for making the effort and possibly pressing the reset button to begin a fresh conversation on the multiple-jeopardizes people of colour must face in trying to live meaningful lives, filled with complicated intersections of class, sexuality and gender.

As the final credits rolled on a decade of Caribbean Tales, the festival tackled a host of subject matters, expanding its audience base, anticipating an even greater showing next year.

Considering the enormity of the Caribbean Diaspora and its reach across the globe, Solomon reminds us, that our collective identity emerge from “an International Culture” which embodies a strong oral and literacy tradition, encapsulated through the lens of film.