New in Pride
Home / Arts & Entertainment / AKOMA: The Journey Of An Immigrant Told Through Dance 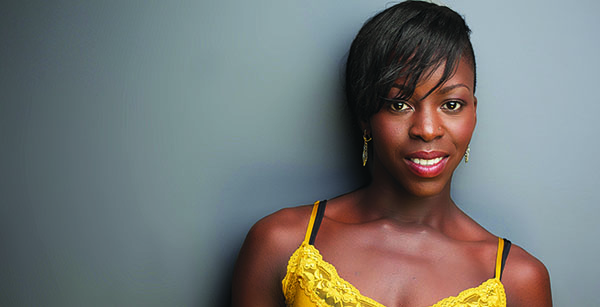 AKOMA: The Journey Of An Immigrant Told Through Dance

Choreographed, written and directed by critically acclaimed dancer, Esie Mensah, AKOMA: The Journey Into The Heart of Africa is a cultural dance theatre event. Showcasing the journey of one young man’s voyage from Ghana to Canada, it tells a story relatable to many immigrants.

Leaving home in pursuit of his dream, the main character, played by Percy Anane- Dwumfour, struggles with the decision to stay abroad or to return home.  His decision may not be one with which his mother agrees, but it takes him on a journey of self-discovery, unearthing his family legacy, and own cultural identity.

At its core this is a heartfelt success story of an immigrant, a story of perseverance and faith, depicting in essence what it means to be Canadian.

An adventure of music, creativity and passion, the show celebrates the unique diversity of African culture by fusing dance, theatre and percussion into an inspiring Broadway style production.

“Audiences were wowed by the piece we presented that day, and it motivated me to showcase a comprehensive look at African culture to a more diverse audience. I wanted to showcase a creative interpretation of classical African music, and spent two years developing the story of AKOMA.”

Esie’s big sister, Akua Mensah stepped in to financially support the creative process. “It means so much to me to be able to support my sister, to believe and invest in her talents. I’m happy that my involvement allowed her to focus on her creative expression, without the pressures of the business administration and strategy. For me, it has truly been a labour of love,” says Akua.

Esie Mensah believes it was her recent trip to Ghana that provided her the clarity she needed to complete the production that had been years in the making.

“This was my first time travelling to Ghana in 14 years, and this trip not only shaped the show, it gave it a new heart. I left Ghana with a greater understanding and appreciation of every day life there. I was more motivated than ever to showcase my culture, pay respect to my home, and depict the complex cultural fabric of Africa as a whole.”

Mensah is well known in the industry as a multi-disciplinary artist and has choreographed for So You Think You Can Dance Canada, for artists such as Blake McGrath and most recently a co-choreographer for the Victory Celebrations for Panamania 2015. Mensah was also a lead dancer in Luminato’s festival Apocalypsis, Toronto’s largest production to date with 1000 people in the cast.

She was also notably the 2014 recipient of the Black Canadian award for Best Contemporary Dance Act.

Mensah recently previewed an excerpt of AKOMA at the Harbourfront Centre’s HabariAfrica festival this August, winning over audiences and critics.

“It was exciting to see that the show was well received. I think this is a story that any immigrant can relate to, and one day I hope to tour the show around the world,” says Mensah.

Audiences will be not only be inspired by the  story, but by the Afro beats and contemporary sounds produced by renowned performer and producer DJ Nana, and 2013 winner of the Dora Mavor Moore award for Outstanding Soundscape and Composer, Kobena Aquua Harrison.

As an artist, DJ, performer, producer and all around entertainer, Nana has toured the globe behind turntables, alongside some of Canada’s best performers. Kobena Aquaa Harrison is a multi-disciplinary talented person, who fully integrates as a performer, producer, creative director and designer at Abandze Embassy.  Serving as the musical muse to AKOMA, DeeJay Nana and Aquaa Harrison represent a refined collective of generations.

Early bird tickets can be purchased at esiemensah.com/akoma for $35. There will be three showings of AKOMA, October 30 and 31 at 8:00 pm and November 1 at 2:00 pm at the National Ballet School’s Betty Oliphant Theatre at 404 Jarvis St.