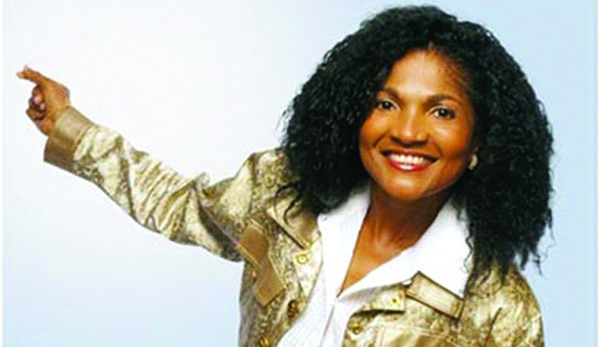 Carlene Davis: A ‘Visionary’ Beyond Music

While many people have appreciated the music of Carlene Davis over the years, some might not know that she’s an enterprising businesswoman. Working closely with her husband-manager Tommy Cowan.  The pair could be described as visionaries, who stretch their basic talents to extend beyond their inherent gifts

From a musical base, they have created a popular music festival, a recording studio and a record label. More recently, the decision was made to donate part of the proceeds from her latest album, Dripping Blood, to a humanitarian agency working in Liberia.

Like many of us, the popular songstress has had ups and downs in life.  After experiencing popularity in secular music in the 1970s -‘80s, she returned home to Jamaica from Canada, continuing to develop her career. This included performing at the popular Reggae Sunsplash festival.

A string of albums followed, with such hits as It Must Be Love, Winnie Mandela, and  Stealing Love on the Side.  In 1990 Carlene garnered the ‘Best Female Vocalist’ title at the Caribbean Music Awards.

But in 1996, she had a brush with breast cancer. Now, more than 20 years after that eventful occurrence, full of zeal for the things of God, she still gives all credit to her Maker for the healing in her body. She reflects with love and appreciation for her family. In particular, she says, her children rallied around her, prayed for her, and unwaveringly believed that God would heal her.

Sitting down after rehearsal for a concert at The Gathering Place in Pickering, Ontario, and  organized by Gateway City Church in Markham, Carlene discusses the past.

Raised in the Christian faith, she attended church in her early life. But like many people in the world of entertainment, she got distracted with the lure of the industry.

Carlene says that prior to her bout with cancer, she had been sitting on the fence, so to speak, with “one foot in and one foot out” of the Christian environment.  Describing this pre-cancer period, Carlene says, “I never applied (Jesus) as Lord of my life all the time.

“I didn’t allow Him to lead me in every decision I made. I wasn’t walking in the Truth – only when I became desperate!”

So this negative occurrence in her life, she admits, led her back to her Christian faith, which in turn led her back to gospel music. From there, in close partnership with Tommy,   Carlene advanced to areas she probably would never have imagined for herself. 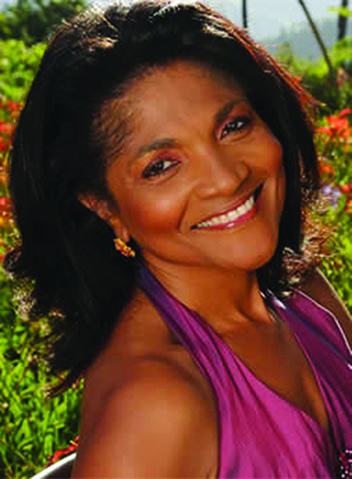 And while she likely won’t say life is perfect today, post-cancer, walking in her faith, she knows her higher purpose.  No longer is she an entertainer. On stage, she uses reggae music to wrap the gospel of Jesus Christ.   Off stage,  because of God’s reality in her life, everything she does is to point back to Him.

In 2000, Carlene had a massive hit in various Caribbean countries with her song, This Island Needs Jesus. Ironically, just two years later, the family enterprise rolled out Fun In The Son, a Christian festival. This multi-purpose weekend started in Ocho Rios. It was geared for college students and the tourist industry as an alternative for “people’s children,” according to Carlene.

Essentially, the couple wanted to provide the kinds of ‘wholesome’ activities they would  want for their own children.

After about three years, they got an invitation to take the festival to Kingston, and, Carlene says, it took off from there. Not only is the festival now done in various parts of Jamaica, endorsed by the Jamaica Tourist Board, but it has also been done in Haiti and New York.

Among the musical talent at previous Fun in the Son festivals have been Alvin Slaughter, Kirk Franklin and Nicole Mullen. Speakers have included the late Dr Myles Munro, Rev. Jackie McCullough and Dr. Ron Kenoly.

Today, the festival’s  success has meant that it only takes place in Jamaica every other year. In 2014 there were over 200 churches involved; and 18,000 people. Because it has blossomed into such a vast event, the organizers need a year for planning. However, the event still manages to reach as many people, if not more. That’s because every other year it runs for three weekends over three to four days at a time.

Among the different divisions within the family enterprise, which includes her children, are Judah Recording, a music studio, and Glory Music, a record label.

Clearly, the couple’s love for music is at the forefront of their gifts.  Yet, they have used it as a base to reach into other related sectors, to include God’s message in music, ministry and special events. With Tommy’s reputation in the music world, (among other things, he was the marketing manager for Bob Marley’s Tuff Gong Studios and managed such artists as Dennis Brown) many people seek his consultation for their music.

On a personal level, Carlene was named Minister of Music, for a church in Kingston, Jamaica`s capital city.  In 2006 from a South Florida seminary, she earned a PHD in

pastoral counselling. Although she doesn’t use the degree professionally, Carlene says because the stage is her platform, she felt it was important “to study show herself approved, to God.”

Looking at all the accomplishments, it’s evident that music plays a big role in the lives of Carlene and her husband.   But they’ve used the music to have an impact in various other areas.

For example, in 2014, they were united in their decision to donate 25 percent of the earnings from Carlene’s latest album, Dripping Blood, to the humanitarian agency, Samaritan`s Purse.

The organization has been on the front lines in Liberia and other countries experiencing turmoil. Knowing its work, Carlene says they didn`t have to think twice about how they could help, after seeing a cheerless image of a young Liberian girl who had lost her mother to ebola .

Dripping Blood had been in the top 10 Reggae Billboard charts for several weeks, climbing as high as number 2.