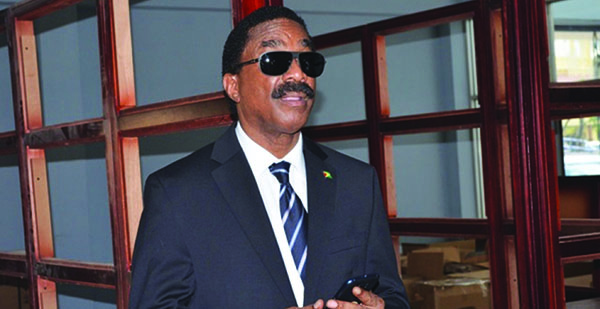 Photo above is of Guyana A-G, Basil Williams. GINA photo.

The Guyana Bar Association (GBA) said, in a statement over the weekend, that matters concerning the Chief Justice fall under the Chancellor and the Judicial Service Commission, and not the Minister.

It said, “under the very important principle of the independence of the Judiciary, any member of the Executive, including the Attorney General and Minister of Legal Affairs, must be very careful not to act in violation of, or appear to compromise, that independence”.

The GBA also cautioned that such a move could lead to a perceived politicization of the judiciary.

“It is our view that the comments by the Attorney General can have the unintended effect of politicising, not only the issue of the leave of one of the country’s top judicial officers, but also the office itself. Indeed, a number of senior, and not so senior, members of the Bar called members of the Council of the Bar Association to express their dismay to the Association.”

But Williams said, that he was merely responding to questions posed to him by the media.

“The media asked a question, if it’s not true that the Chief Justice is supposed to demit office. That was true. Should I lie about that? Why would the Bar Association take issue with that? That I confirmed the question that the Chief Justice is due to retire in February…would you want a situation to happen similar to the issue in the Supreme Court being headless…is that how the country should function?” Minister Williams asked.

Williams insisted, that he could not be interfering by simply stating a matter of fact.

“The Judicial Services Commission itself said, in a disciplinary matter, that their scope pertains to administrative matters whilst the Chancellor’s is judicial…however this government reserves the right, especially where the people of Guyana are affected by what is happening in the justice system, to be able to give guidance or pronounce on it…the minister of Legal Affairs is answerable on matters pertaining to the judiciary.”

He said further, it is government’s responsibility to ensure the infrastructural framework is in place, so that justice can be delivered.

“So we cannot comment on the fact that there was supposed to be a court building erected over which would have introduced four additional court rooms and it has been budgeted now for more than two years? What has happened to it? That is interfering with the judiciary?

“I can assure you that this government will comment on those things so long as they do not touch and concern the judicial functions of the judiciary,” Williams said.