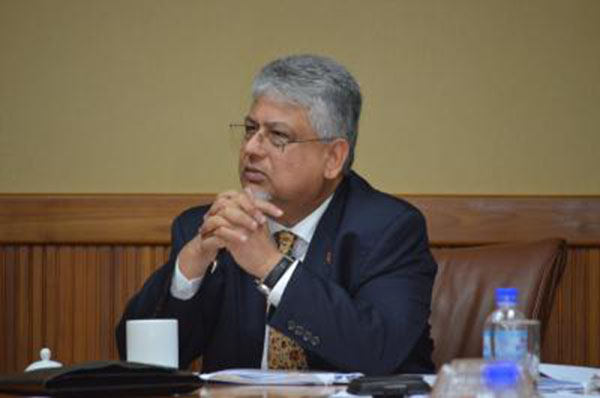 The photo above is of Dr. Bhoendradatt Tewarie. Photo credit: T&T government.

PORT OF SPAIN, Trinidad, October 29, (CMC) – Trinidad and Tobago, today, announced that it has withdrawn its candidate for the Office of Secretary General of the Commonwealth. The country’s candidate was Dr. Bhoendradatt Tewarie.

“I should like to advise that, through the appropriate diplomatic channels, the Secretary General of the Commonwealth has been, today, advised, by letter, that Trinidad and Tobago has exercised its discretion to formally withdraw its candidature for the Office of Secretary General,” said Prime Minister, Dr. Keith Rowley, in a release on Thursday.

He said, the government of the twin-island republic will now give full support to the candidate from Antigua and Barbuda, Sir Ronald Saunders. 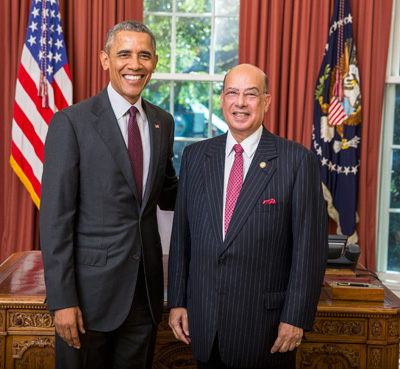 “After careful consideration of all pertinent aspects of the matter, it is the decision of the Government of Trinidad and Tobago to give its full support to the candidate of the Government of Antigua and Barbuda, who we believe is best placed to execute the responsibilities of the Office of Secretary General in a manner that would be a tribute to the Peoples of the Caribbean Community.”

It is our hope that others in our region will in the limited time left, make common cause by unifying our region around Sir Ronald’s candidature,” Rowley added.

According to the Prime Minister, in recent months, several reports have appeared in the media, surrounding the fact that Caribbean Community (CARICOM) governments have not been able to reach consensus on a single candidate to stand for election to the Office of Secretary General of the Commonwealth.

“There exists a broadly held view that, by virtue of rotation among the geographic regions comprising the Commonwealth, it is the Caribbean’s turn to assume the mantle of leadership of the Commonwealth Secretariat. Considering that the African region has endorsed a single candidate, the Caribbean’s best chances of prevailing in this contest would be to coalesce around a single strong candidate,” he said.

“It is our hope that others in our region will, in the limited time left, make common cause by unifying our region around Sir Ronald’s candidature,” the Prime Minister said.

The election will take place, in caucus, when Commonwealth Heads of Government meet in Valalia, Malta, from November 27 to 29.