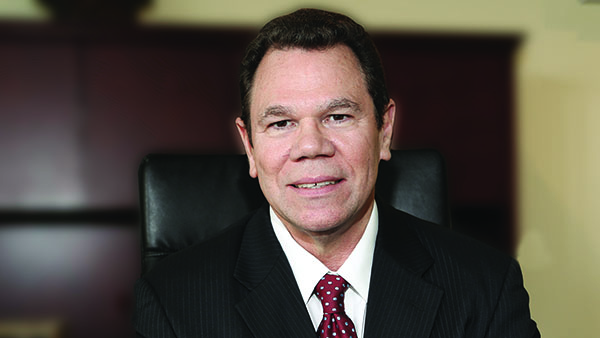 Dr. William Warren Smith is the President of the CDB.

ST. MICHAEL, Barbados — Dr. Warren Smith has been re-elected to a second five-year term, as President of the Caribbean Development Bank (CDB).

The Board of Governors of the CDB, representing the 27- member countries of the regional multilateral financial institution, made the announcement on November 13, with the new term officially beginning on May 1, 2016.

Dr. Smith was first elected President on October 29, 2010 and assumed office on May 1, 2011. At that time, many of the Bank’s borrowing member countries (BMCs) were dealing with a myriad of highly complex development problems, made more acute by the Great Recession of 2008.

In a release to the media, the CDB said, relating to 2008, “It was evident that recovery would require extraordinary effort informed by new thinking and approaches to Caribbean development. Operationally, some aspects of the Bank’s business model required adjustments that would increase CDB’s development effectiveness and responsiveness to the changing needs of its members.”

Dr. Smith, the CDB’s fifth president, committed to making the Bank a more creative and reliable partner which would respond effectively to countries need to build resilience against external shocks.

“Other reforms included: establishing a centralised Office of Risk Management; a new independent Office of Integrity, Compliance and Accountability; and upgrading the Internal Audit, Independent Evaluation, Corporate Communications and Information Disclosure functions,” the CDB added, in its release.

Throughout the period, CDB has actively promoted private sector-led growth and stability by assisting BMCs to design, finance and implement robust macro-economic programs.

The CDB has also been encouraging measured debt relief for small island developing Caribbean states that demonstrate willingness to embrace the requisite fiscal and structural reforms.

As a way of equipping countries to confront the ongoing threat of climate change, CDB has sought accreditation to the Green Climate Fund and the Adaptation Fund. Concerted effort has also been made to identify partnerships and funding for suitable climate resilience projects, especially in the areas of renewable energy, energy efficiency and climate adaptation.

In its release, the Bank said, it has been encouraging countries to improve competitiveness through energy diversification, which includes accessing indigenous, renewable sources. Much support has been directed to supporting Eastern Caribbean States’ exploration of their geothermal energy potential.

It added, that to lead by example, it has undertaken further green initiatives at its head offices, which include the installation of a solar PV plant, which will generate 20 percent of the electricity needed.

Looking ahead to the next five years, Dr. Smith maintains that strengthening economic and environmental resilience to safeguard growth, while driving down poverty in Caribbean countries, will remain paramount.

He noted, that the Caribbean’s development agenda will be informed by the new sustainable development goals of the global community.