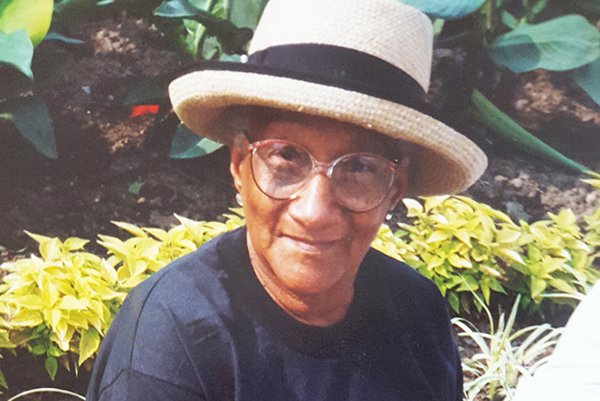 She lived at the Streamway Villa nursing home in Cobourg, Ontario, at the time of her death.

The mother of Pride Publisher, Michael Van Cooten, who sponsored her immigration to Canada in 1975, would have turned 99 on May 24.

The single mother of four — Danny, the eldest, who died as a toddler; Lynette Williams; Michael; and Roland, who is also deceased — made a conscious decision, as a young woman, to remain a spinster all her life, so that her sons would carry on the surname of her father, Nicholas Van Cooten, who she loved dearly.

In 2002, Van Cooten, who is also the founder, Chair and Chief Executive Officer (CEO) of the African Canadian Achievement Awards of Excellence (ACAA) started a new category of award — the Single Parent Award — to honour to his mother, who received the first commendation.

The award’s name was subsequently broadened and renamed to include all parents and is now called, the ACAA Matilda Van Cooten Award for Excellence in Parenting.

Before migrating to Canada, the strong-willed Matilda was a proud career domestic, who contracted out her services to middle-class and well-off clients in Georgetown, Guyana, and retired, after a short time in her new homeland.

A private, family funeral was held, on Thursday, January 21, for Matilda Van Cooten, who was cremated.